German aluminium made water bottle found with another water bottle marked Jager Regiment 136 in the 15th Army Corps in 9th Army the bottles were recovered from the first battle of Ypres October-November 1914 ,the only time 15th Corps fought here

This is a German water bottle which was found in the same hole as a near identical water bottle for a soldier in Jager Regiment 136 in the 15th Army Corps in 9th Army which was stamped on to the neck of the bottle this bottle has faint maker marking not clear to see also has its cork stopper remains. The aluminium made bottle has a few small pin prick holes that can be seen it does have a few dents and knocks from being buried it is missing its top it is still very solid it is in very nice condition well cleaned and retains a lot of its original colour it is perfect for display or any collection. The bottle was recovered from the first battle of Ypres October-November 1914 as this was the only time 15th Corps fought here.

On mobilization on 2 August 1914 the 15th Corps was restructured. 30th Cavalry Brigade was withdrawn to form part of the 7th Cavalry Division and the 39th Cavalry Brigade was broken up and its regiments assigned to the divisions as reconnaissance units. Divisions received engineer companies and other support units from the Corps headquarters. In summary, XV Corps mobilised with 26 infantry battalions, 10 machine gun companies (60 machine guns), 8 cavalry squadrons, 24 field artillery batteries (144 guns), 4 heavy artillery batteries (16 guns), 3 pioneer companies and an aviation detachment.

On October 19, a protracted period of fierce combat began, as the Germans opened their Flanders offensive and the Allies steadfastly resisted, while seeking their own chances to go on the attack wherever possible. Fighting continued, with heavy losses on both sides, until November 22, when the arrival of winter weather forced the battle to a halt. The area between the positions established by both sides during this period—from Ypres on the British side to Menin and Roulers on the German side—became known as the Ypres Salient, a region that over the course of the next several years would see some of the war’s bitterest and most brutal struggles. 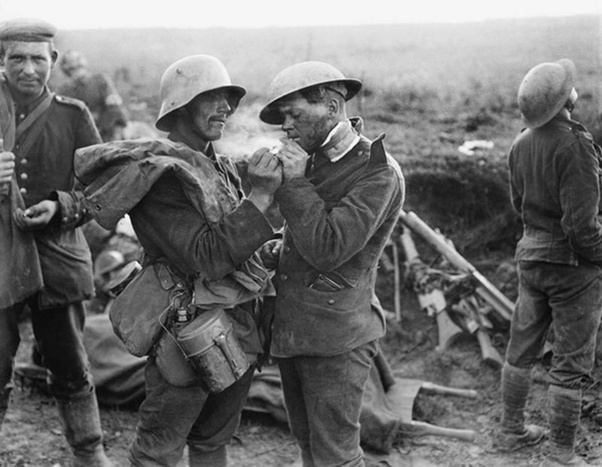 German aluminium made water bottle found with another water bottle marked Jager Regiment 136 in the 15th Army Corps in 9th Army the bottles were recovered from the first battle of Ypres October-November 1914 ,the only time 15th Corps fought here