This is a Russian powder charge bag which is used inside a shell case for artillery or tank gun round.The bag is partly burnt but still retains some of its original colour most of the black ink stamp markings are there including the date 1944 the bag is very solid not braking up or falling apart perfect for display or any collection.The bag was recovered from a pit of buried Russian equipment cleared after the battle in the area of Wandlitz which is north of the district of Pankow which is in North Berlin captured by the Russian 3rd Shock Army on there way to capturing Pankow its self on the 23rd April 1945 during the Battle for the city in the last days of the War and of the Reich.

The 3rd Army took Pankow, a suburb of Berlin, on 23 April 1945. A week later, two regiments of the 150th Rifle Division, 79th Rifle Corps in the 3rd shock army were responsible for erecting flags over the Reichstag on 30 April 1945, one of which was known as the victory banner.The Red Army crossed Germany's border on the 12th January 1945 and forced the 9th Army to retreat all along the front until it was deployed westward to the river Oder. Three of the 9th Army's formations were tasked with defending the Seelow Heights, which was the last defensible region before Berlin. In total the 9th Army was reduced to 100,000 men and 800 tanks and assault guns against which the Soviets had over 1,000,000 men and 10,000 tanks and assault guns. The Battle of the Seelow Heights started on 16 April 1945 when Marshal Georgy Zhukov’s 1st Belorussian Front attacked across the Oder. 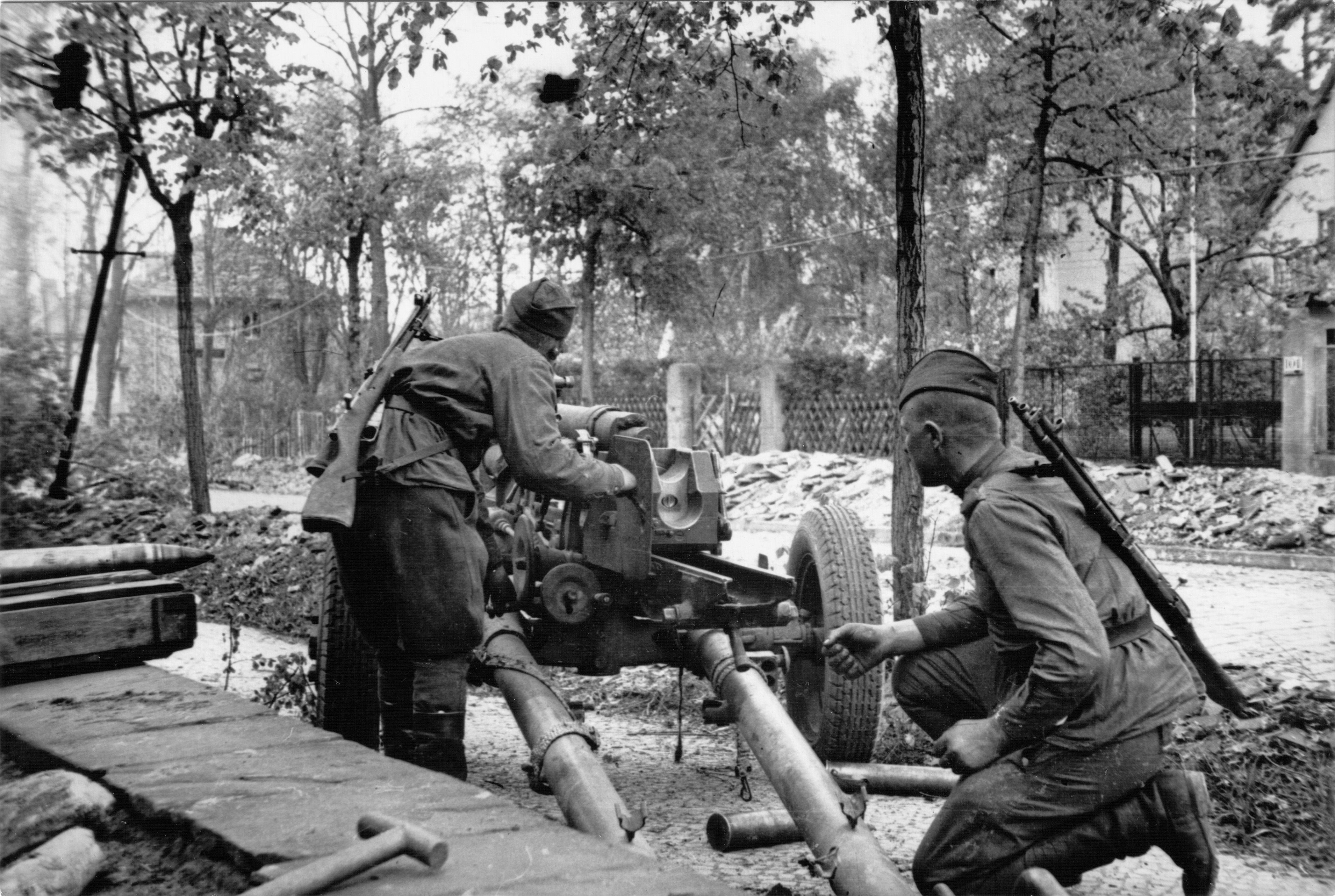