This is a British soldiers 1938 pattern mark 2 brodie helmet very nice condition still with some original green paintwork it has some small dents on the top it is missing its leather liner.The helmet still has both its chinstrap holders and dated 1939 the helmet has no holes in it the helmet in semi relic condition very solid condition and a very nice example and very rare to find from this famous battle.The helmet came from a local fair at Dunkirk left over from the Dunkirk pocket of May 1940. 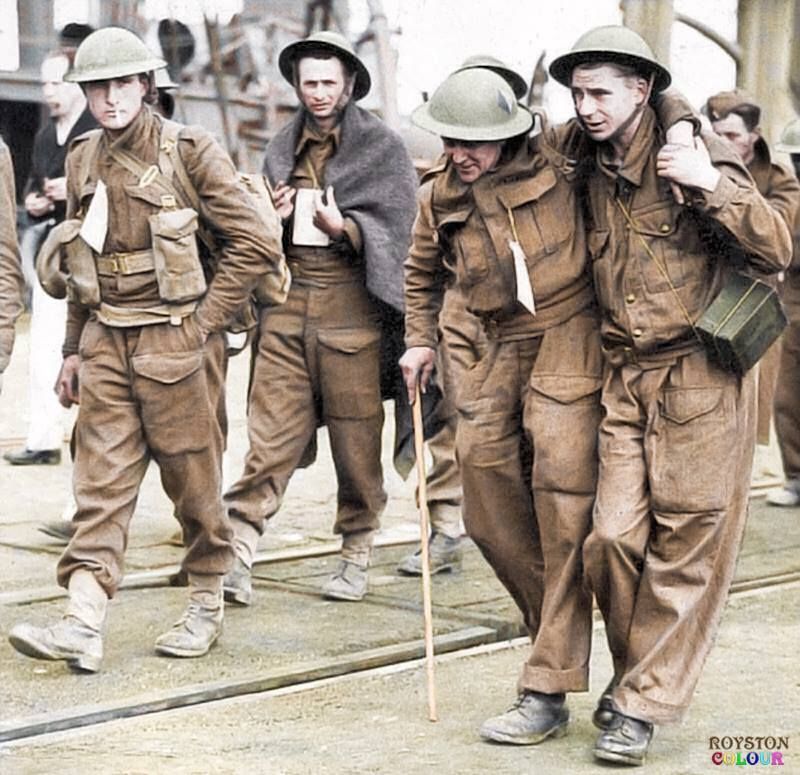