German German 5cm Mortar shell carry case with a lot of original green paintwork. The box is in nice condition all the hinges are good the lid opens and closes but the locks is missing as is its carry handle but the box is overall in very nice condition with only light surface rust in a few places and a few small holes but still a nice find from the battlefield in such good condition with so much paintwork. The box was recovered from the Sevastopol battlefield of 1941-1942 in the Crimea the Germans last big victory in the East. 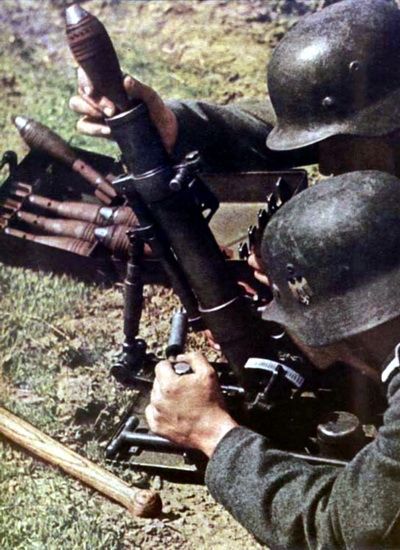