This is a rare find from the battlefield a German water can [Wasser] the famous Jerry can which has all maker stamps and markings and is dated 1943 these are much rarer to find then the fuel cans. The tin has some of its original dark green paintwork on still very clear to see also with a nice maker stamp not that clear to see in the middle and Wehrmacht on the bottom of the front .The can which has some small dents and knocks from use and with some rust holes in the bottom it has light surface rust all over but not any heavy thick rust the cap still opens and closes also locks perfectly well it is in overall very nice condition and a very nice example of this famous fuel can battlefield found and more semi-relic then full relic which has been very well cleaned and is perfect for display or any collection. The fuel can was available for the first time since the war outside of the Ardennes Forest ware it has been for nearly 74 years .This fuel can along with other parts were taken from abandoned German vehicles after the war in the village of Mont which is just North of Houffalize all the vehicles belonged to the 116th Panzer Division. It was taken of the tank or vehicle properly in around 1946-1948 by a local farmer and was used on his farm for many years until it was found by a local collector who had them in his private collection until 2019 when it left the Ardennes area for the first time since the war. This is a very nice relic from the Ardennes Forest campaign during the battle of the Bulge in the winter of 1944-1945.This real bit of history from this famous battle which was Hitlers last offensive in the West.

THIS ITEM IS FREE UK SHIPPING, FOR INTERNATIONAL BUYERS, IT IS AT A REDUCED RATE, PLEASE ASK BEFORE PURCHASE. 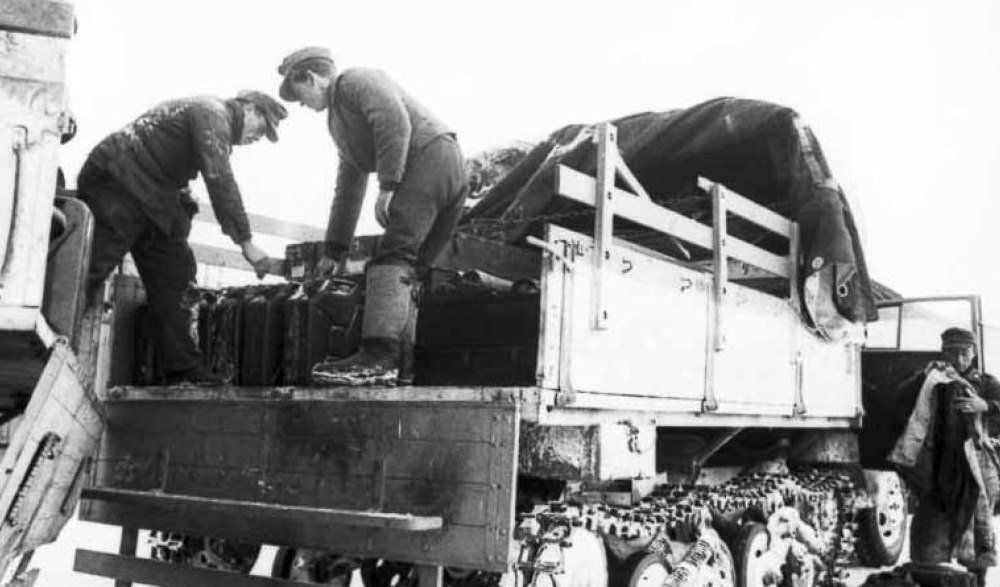