This is a German 76.2cm steel made case for captured Russian gun named PAK 36R by the Germans who made there own ammunition for these guns and this is German made one we think as it is steel made but could be Russian.The case which is in nice condition with some damage it is complete it is rusty from being buried in the battlefield but nice condition for a steel case.This case was recovered from the battlefield at the Seelow Heights in 1945 the opening battle for Berlin.A very nice relic in as found condition from this famous battlefield.

.The 76-mm divisional gun M1936 (F-22) was semi-universal gun, adopted for red Army service from 1936.This gun was used in conflicts between the Russia and Japan in the Far East and widespread use on the Eastern Front against the German Army of which many were captured by the Wehrmacht and used as PAK 36R against the Russians and on the Western Front. 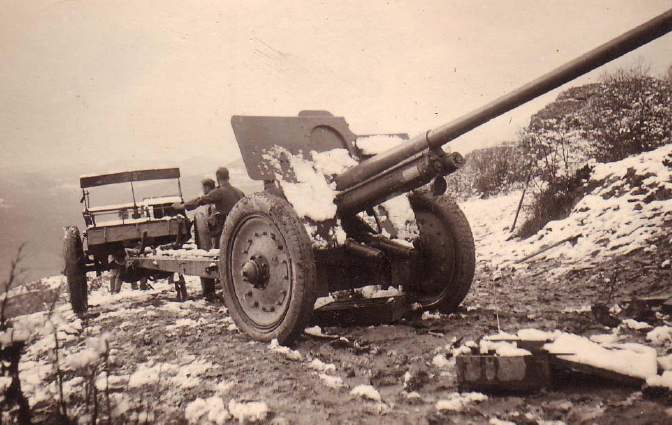