German 88mm shell case for the famous anti aircraft gun which is in very nice condition with no major damage still retain's its shiny brass colour the case has all of its original markings on the bottom of it including the date July 1918 clear to see. These shells were fired from the 88mm anti aircraft gun which came in to service in 1917 and was the forerunner to the very famous world war 2 88 mm gun which was used on all fronts and became the anti gun legend this case is very similar in size and look .This case came from a private collection on the Somme ware it would have been used in the Spring offensive or Kaisers battle in 1918 the last German offensive of the war.This is a very nice condition relic from the famous Somme battlefield which comes with a laminated A5 information sheet with photo. 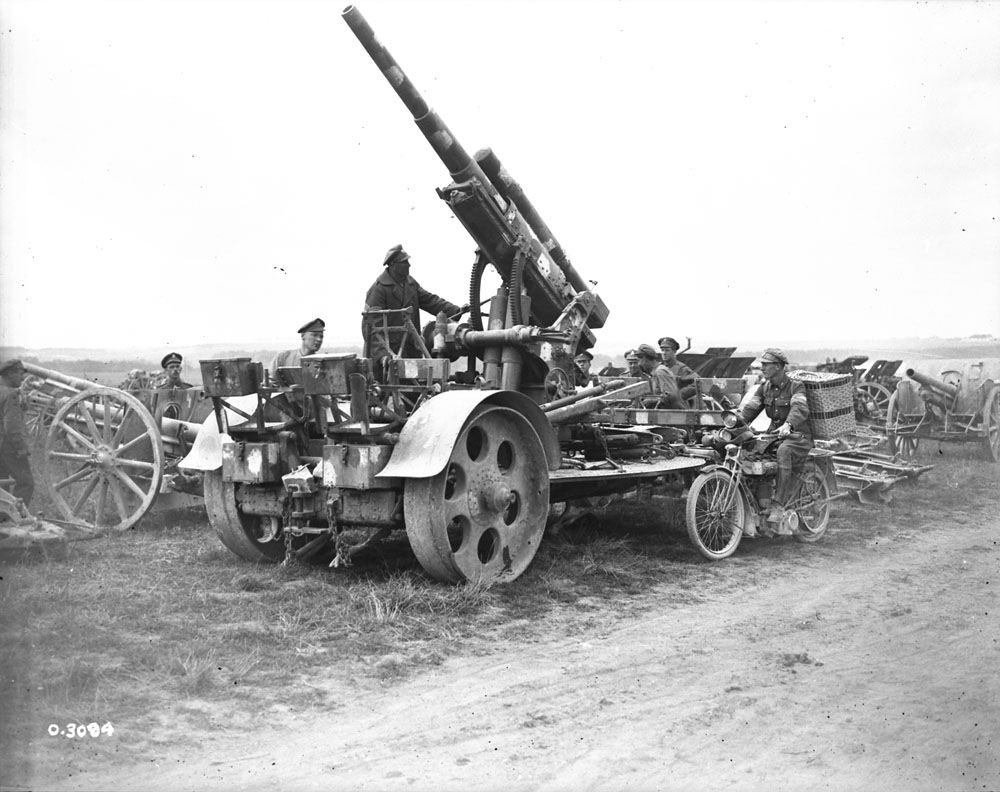