This is a very rare find with recognisable bullet holes in a German 8mm armoured plate from sdkfz 7 half track of Panzer Grenadier Division Kurmark. The plate which has one clean hole and 3 impact dents where the bullets have not penetrated the holes are 1 cm in diameter the right size to be made by bullets from the Russian PTRD anti-tank rifle.The plate which still has lots of weld still retains its shiny colour it is rusty but solid it has been nicely cleaned up also has some remains of original green/gray paintwork it is 16 inches long by 5 inches wide in size and is perfect for display or any collection.The plate was recovered from the site of a a destroyed sdkfz 7 in Carzig south of the Seelow Heights the area defended by Panzer grenadier division Kurmark in April 1945 during the battle on the Heights part of the opening battle for Berlin.The plate comes with a A5 laminated information card with pictures.

The Sd.Kfz. 7/2 was armed with a single 3.7cm flak 36 anti-aircraft gun. On many of these variants, the driver's position and the engine cover had 8 mm thick armoured plate.The holes are 1 cm in diameter the right size to be made by bullets from the Russian PTRD anti-tank rifle 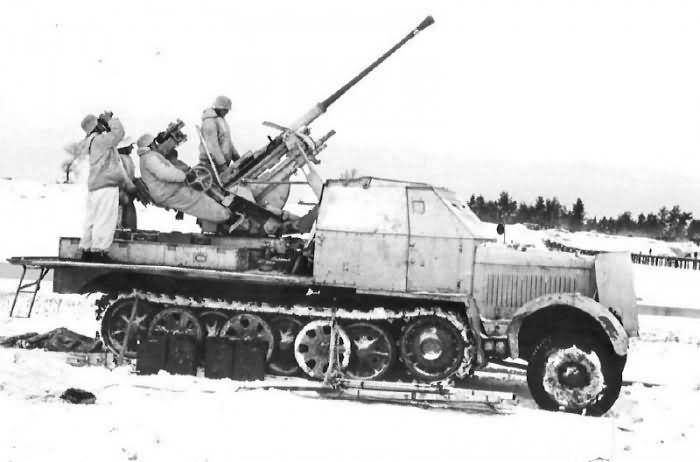