This is a German mg 34/42 early war aluminium made ammunition tin with some original black paintwork it is maker marked, dated 1938 that can be seen very well on the top of the lid .The lid still opens ,closes and locks it does still have its carry handle which is un broken but one of the clips has unriveted it still has its leather covers on its handles on the tin is in semi- relic condition at worst overall very good condition still with a lot of original colour it does have a few small rust holes and damage it is unusual to find from the battlefield in such good condition with so much paintwork and colour the tin has about 30% of its original black paint work overall in nice condition the small handles on the side both are in place and on the inside it has lots of grease remains still in it as it was being used as a grease tin by the gun crew a very rare and very nice battlefield relic .It was recovered from from an old German gun pit position for a 10.5cm LEFH 18 field howitzer used by the 107th Panzer Brigade or supporting Fallschirmjager troops used in the battle of Helmond during the British Operation Market Garden the Offensive 22nd-25th September 1944 in the Netherlands. The box comes with 2xA5 laminated information cards. 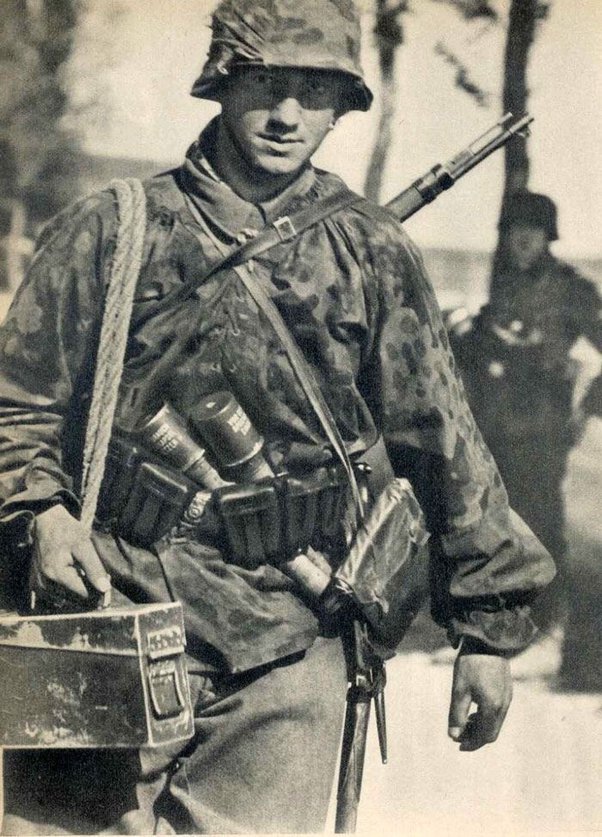