German Essentrager hot food rations container still with some sand colour paintwork properly around 30% paintwork a lot on the lid.The tin is in semi relic condition with surface rust and some rust holes but is still complete with its lid that opens,closes and still locks and it still has all 3 of its carry handles on the inside it is missing its inner pot but still has a lot of original red paintwork.The tin does have some dents and knocks from being buried but is very rare to get one of these recovered from the battlefield especially with so much paintwork still on it.This tin was recovered from an old German bunker in the area where the German 30th infantry division fought and finally surrendered in May 1945 near the village of Tilti which is south of Derben in the Kurland Pocket the battlefield of 1944-1945. A lovely piece of iconic battle history from one of the most famous pockets on the Eastern Front.This item comes with a A5 laminated information card.

The 30th Infantry Division of the Wehrmacht was created on 1 October 1936 in Lubeck and mobilized on 26 August 1939 for the upcoming invasion of Poland. It was to attack in the general direction of the area in front of Lodz. It fought battles in areas of Kalisch, during the Vistula crossing at Warta, also at Kol. Balin, Niewiesz and Uniejew. During the Battle of bzura they suffered heavy losses, including 1500 POWs captured by the Poles. They had to reject violent counterattacks and attempts to escape by the trapped Polish troops. After the Battle of Bzura was over, the division moved north of Lowicz in pursuit of the defeated enemy.On 16 June 1940, the unit conducted a victory parade in Paris. In the winter of 1941 the division was trapped in the Demyansk Pocket along with about 90,000 German troops and around 10,000 auxiliaries. They were then part of Army group North when they were trapped in the Kurland pocket they then come under Army Group Courland and their last commander was Generalleutnant Albert Henze who took command on the 30th January 1945 until the capitulation in May 1945. 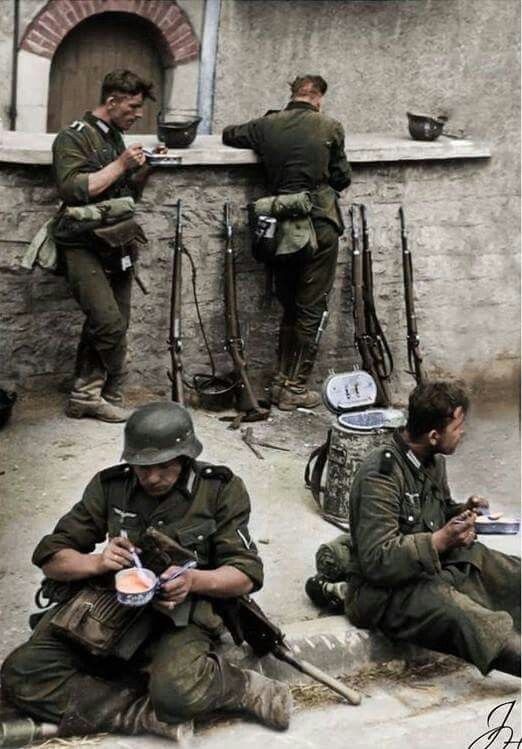 The 30th infantry division on parade in Paris in 1940