This is a German Luftwaffe Soldiers M40 pattern Helmet with major battle damage missed shaped with blast cracks and holes from the impact of an explosion.The helmet still has a lot of original dark blue paintwork which could even be black it is so dark but looks more dark blue it has as much paint on the outside as the inside and has been very well cleaned to make the paintwork stand out it has no decals that can be seen there is no liner or chin strap but considering the damage overall in a good and solid condition not falling apart or braking up at all it is perfect for display or any collection.The helmet was recovered from the Demyansk Pocket in Russia 1941-1942 battlefield the battle was from 8 February to 21 April 1942. A lovely piece of history from this famous battle on the Eastern Front in the Russian motherland not long after the German invasion. 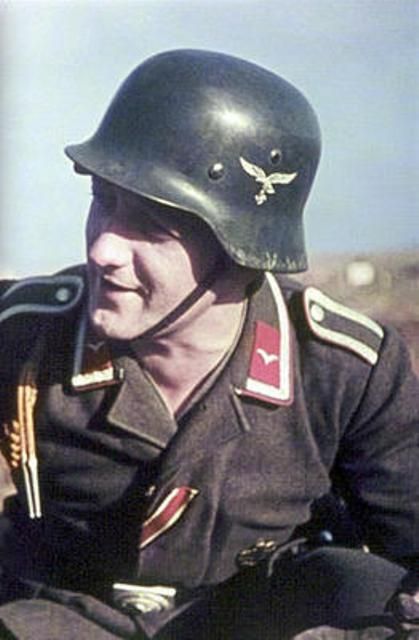