This is a German metal ammunition box for the 10.5CM LEFH 18 field howitzer which held 3 cartridges and is complete with those shell cases all 3 are rusty but solid very well cleaned and have a few faint markings but nothing much and slide in and out of the case fairly easily and empty and inert. The metal made box is in relic condition the lid has broken on the hinge the locks are rusted solid it still has its metal carry handle and has a fair bit of original sand camouflage paintwork remains clear to see it is in nice solid condition not falling apart but does have rust holes and rust damage and most of its bottom is missing but unusual to get a nice example of this famous box still with its original contents recovered from the battlefield it has been very well cleaned and is perfect for display or any collection. The box and cartridges were recovered from an old German gun pit position for a 10.5cm LEFH 18 field howitzer used by the 107th Panzer Brigade or supporting Fallschirmjager troops used in the battle of Helmond during the British Operation Market Garden the Offensive 22nd-25th September 1944 in the Netherlands. The box comes with 2xA5 laminated information cards. 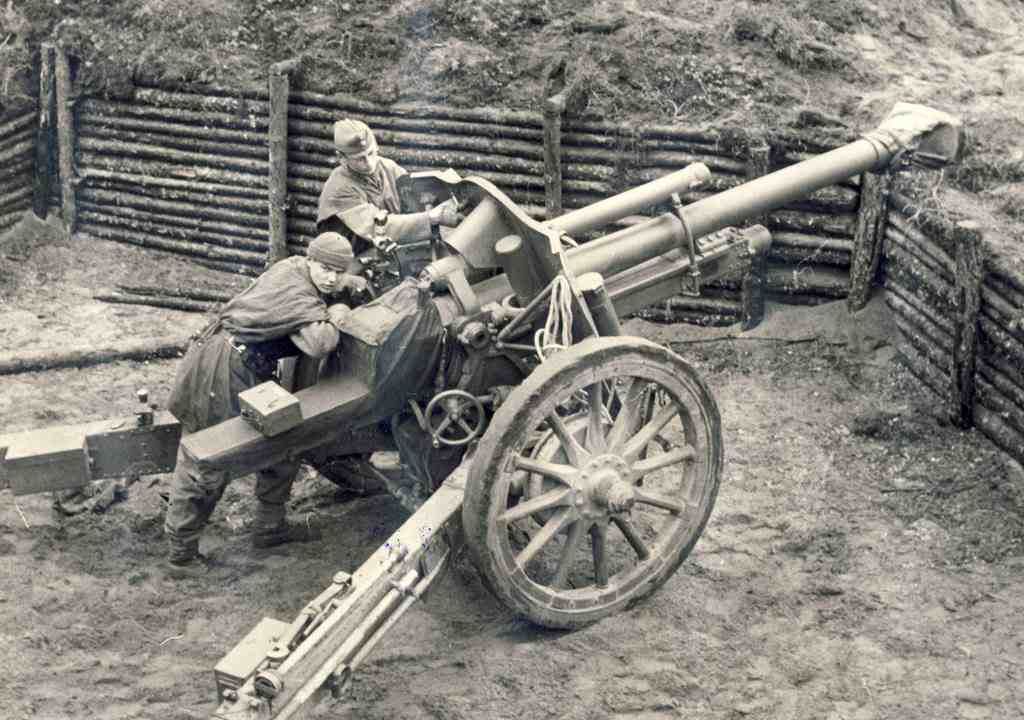