German model 1917 pattern stick grenade can which is empty and inert not complete missing one side but are rare to find from the battlefield as they are only thin metal.The case is rusty but solid it is relic but not braking up or falling apart there is no wooden handle it still has a lot of dirt muck attached after the recovery a very nice relic.The grenade can which was obviously used in a later battle but has been recovered from around Hill 304 and Malancourt area of the March - May 1916 battle which was the large German advance towards Verdun.A very nice and rare relic from this famous battlefield.

THIS ITEM IS FREE UK SHIPPING. FOR INTERNATIONAL BUYERS, IT IS AT A REDUCED RATE. PLEASE ASK BEFORE PURCHASE THIS ITEM CAN ONLY BE SHIPPED TO THE UK AND EUROPE. 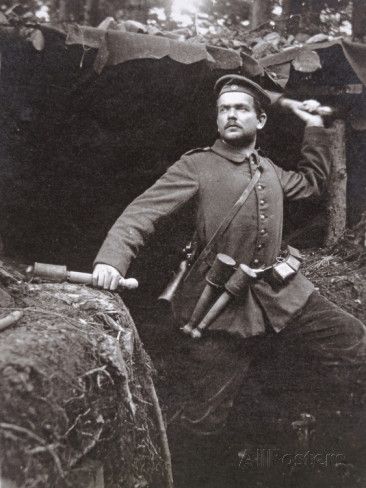