This is a German model M1928 flare gun remains which is dated 1941 and has maker mark that can be seen fairly clear but not fantastic.The gun which is de activated by condition as all the barrel end is missing and the trigger and firing mechanism are rusted solid the gun still retains a lot of original colour it is a bit pitted the barrel does not open and close but still has its lovely condition bakerlite handles and does retain some original black paintwork.The gun has been very well cleaned and is perfect for display and a rare one for the collection and comes with a A5 laminated information card.The gun was recovered from the Demyansk Pocket in Russia 1941-1942 battlefield.The Demyansk Pocket the battle was from 8 February to 21 April 1942. A lovely piece of history from the this famous battle on the Eastern Front. 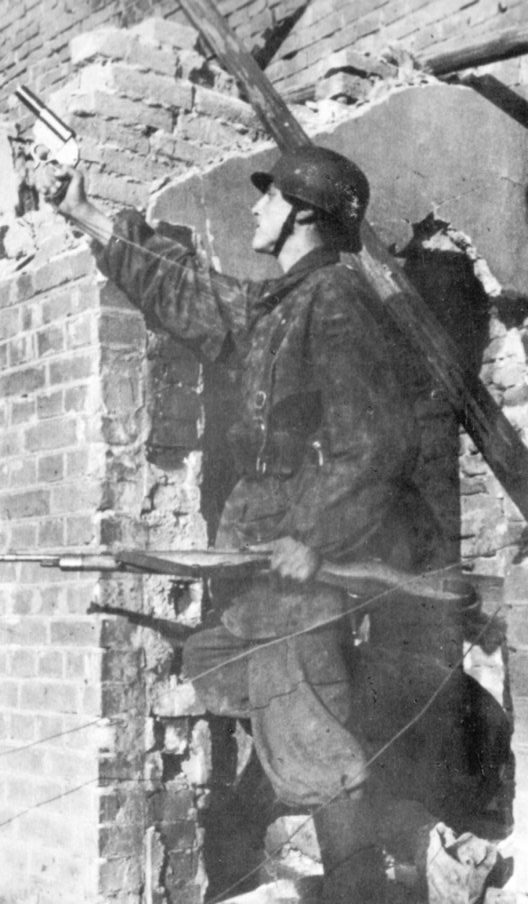