This is a German paratroopers MG42 machine gun spare barrel which has been burnt in a fire but does still have some original black paintwork.The barrel is in relic but solid condition it is very pitted all over but has been very well cleaned it is full of mud and dirt from the recovery it has blown away from the breach of the rifle it is in very good condition for display or any collection and a cracking rare find from the battlefield especially in this good a condition it is de activated by condition thorough as it is a relic and overall pitted and rusty but with the clean looks much nicer then normal.The barrel was recovered from German Fallschirmjager soldiers fox holes on Hill 192 part of the battle of St Lo on the Normandy battlefield of July 1944. A very nice relic from the famous battlefield and a hard fought battle not that well known today but a fierce battle with the Fallschirmjager that the Americans won. 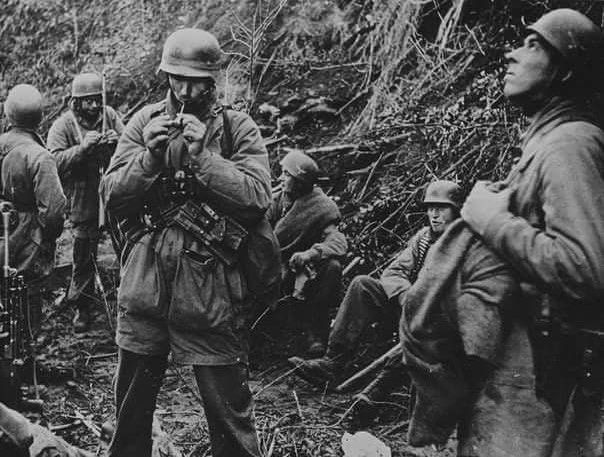