Very Rare camouflage paintwork which is waffen stamped and dated 1936 German Wooden ammunition crate for 15cm SFH18 artillery gun it held 3 separate propelling charge brass cases.The box is in very nice condition the wood still retains all of its original paint work which is very rare to find this nicely preserved the box has original war time stamped markings on the lid not that clear to read both hinges in nice condition also the lock still works perfectly the lid still opens and closes perfectly and it has its metal carry handles a very nice example of this very rare to find famous ammunition crate.The crate came from a private collection in near Ypres in Belgium used by the Germans during the invasion of France and the low country's in May 1940.

The sFH 18 was capable of firing 150 mm shells at a range of up to 12.8 kilometers. The sFH required a crew of twelve men in order to operate efficiently and could fire off rounds at a rate of only four rounds per minute.The gun was officially introduced into service on 23 May 1935, and by the outbreak of war the Wehrmacht had about 1,353 of these guns in service. Production continued throughout the war, reaching a peak of 2,295 guns in 1944. In 1944, the howitzer cost 40,400 RM, 9 months and 5,500 man-hours to make. 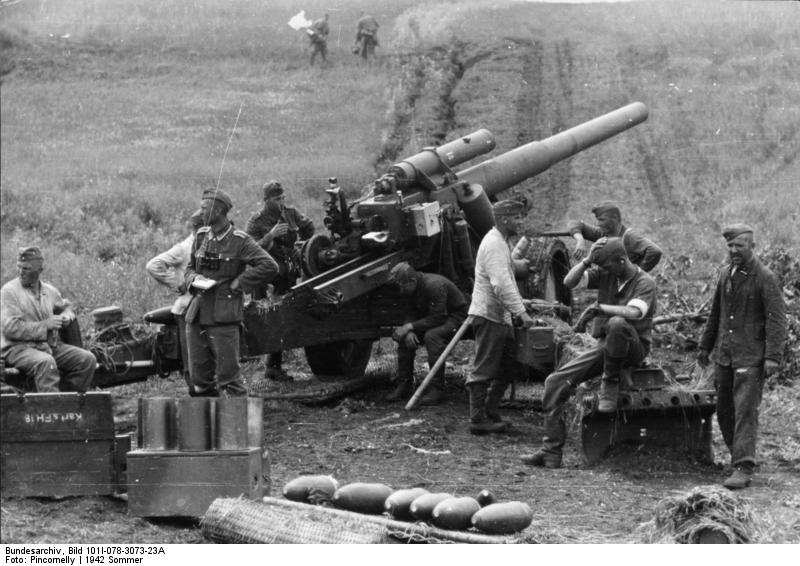