This is a rare condition German soldiers M16 helmet lovely solid relic with no real paint remains but a nice recovered helmet. The helmet is not complete the top section has rusted away but also has battle damage with blast cracks but the helmet its self still very thick metal not thin were it has all rusted it has no liner or chin strap but a nice and rare find from the battlefield 106 years after it was lost. The helmet is rusty but still in nice solid condition it is not braking up or falling apart and is not fragile it has been very well cleaned and is perfect for display for display or any collection and so rare to get a m16 in this condition these days. The helmet was recovered in 2012 from Bernfay woods which were part of the German front line that had been shelled by the British for a week before the attack this area was attacked by the British 30th Division on the 1st July 1916 during the opening battle of the Somme.

Bernfay wood is a pear-shaped wood close to the east end of Montauban village which was taken by the 30th and 18th British Divisions  on the 1 July 1916 on the first day of the offensive .Bernfay wood was taken on 3 and 4 July 1916 by the 9th (Scottish) Division. On 25 March 1918, in the retreat to the Ancre, the same Division was driven from the wood but recaptured it for a time. On 27 August 1918 it was finally regained by the 18th Division.

On the 2nd July 1916 the Germans attacked twice between 3 a.m. and 4 a.m. at Bernafay Wood. They were repulsed by a shrapnel barrage laid by 30th Divisional artillery, which later made an unsuccessful attempt to set the wood on fire. On Monday July 3rd 1916. Temperature 68°; fine, with some cloud and thunderstorms to the south-eastXIII CORPS. CAPTURE OF BERNAFAY WOOD.9th Division. After a 20-minute bombardment of the near edge, 27th Brigade attacked Bernafay Wood at 9 p.m., occupying it almost unopposed and sustaining only six casualties.  The 6th KOSB and 12th Royal Scots covered 500 yards of open ground and took 17 prisoners, three field guns and three machine-guns.  The east of Montauban Alley was consolidated.  Patrols sent out towards Trônes Wood found it held by some machine-gun detachments.This wood is frequentely mentioned as an evil place by Australian soldiers writing home. In the middle of the Australian sector of the Somme battlefield of 1916, Bernafay Wood had been heavily fortified by the Germans, and thier machine-gunners, concealed by the shelltorn tree stumps, inflicted many casualties. 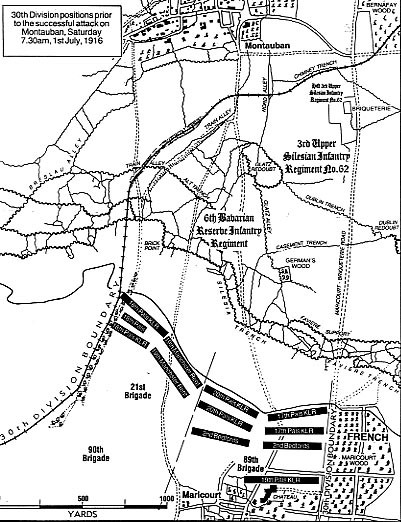 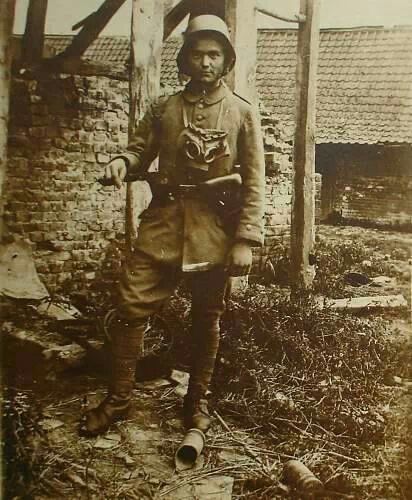