This is a very rare find from the battlefield German Tiger 1 tank fired 8.8cm KwK36,L56 steel shell case which is complete with its C/22 electric primer only 88 cases fired by the Tiger tank had these.This case along with a few others were all found in the same hole on the site of where Tiger tank was destroyed during the battle.The shell case which is in relic condition but is very solid for a relic and is fairly complete it does have a few rust holes also it does have a bit of damage around the top neck.The markings on the bottom of the case can be partly seen you cant see the waffen stamp or date.This case is a very unusual and rare find from the battlefield which has been very well cleaned and is perfect for display or any collection.The shell case fired by Tiger 1 Tank of the 6th SS Panzer Army recovered near Vienna from the battle of April 1945.

The case was recovered from the battlefield outside of Vienna in the area the 6th SS panzer army fought until the remnants managed to withdraw to a new defensive position. The Vienna Offensive was launched by the Soviet 2nd and 3rd Ukrainian fronts in order to invade and capture the city. The offensive lasted from 2 April to 13 April 1945. The Soviets placed the city under siege, facing only a single Panzer corps. After a few days’ street fighting, the defenders had destroyed all but two of the Danube bridges, and the Panzers escaped encirclement. The incoming Soviets devastated the old city, and there was much brutality against civilians. Stalin approved the restoration of Austria as a sovereign country. 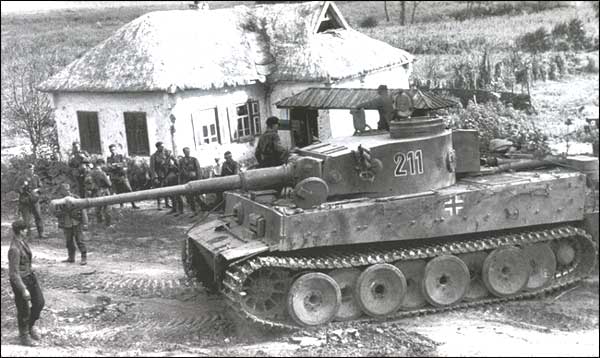