This is a very nice air frame structure joint the part have been nicely cleaned and still retains some of its original colour the part have been mounted in to a glass fronted box frame with plane and crash information and pictures the frame is 15 inches by 12 inches in size.The part come from US Waco Glider found at Groesbeek in Holland used on Operation Market Garden in September 1944. A very nice part from Operation Market Garden already to hang on the wall or stand on display.

US Waco glider found near Groesbeek in Holland.

During Operation Market Garden the 82nd Airborne Division landed near Groesbeek. In the subsequent fighting the town was nearly completely destroyed and inhabitants were evacuated. The National Liberation museum is based in Groesbeek on one of the landing sites of operation Market Garden, and the Groesbeek Canadian War Cemetery also resides there.

Operation Market Garden, which includes the Battle for Arnhem from 17th until 25th September 1944, was the largest airborne battle in history, being bigger than Operation Mercury, the German airborne invasion of Crete in 1941, which was the only successful strategic airborne operation of World War Two. It was also the only real attempt by the Allies to use airborne forces in a strategic role in Europe. It was a massive engagement, with its principal combatants being 21 Army Group under Field Marshal Bernard Montgomery for the Allies and Army Group B under Generalfeldmarschall Walter Model for the Germans. It involved thousands of aircraft and armoured vehicles, and hundreds of thousands of troops and was the only major Allied defeat of the Northwest European campaign. Below US troops by broken Waco glider. 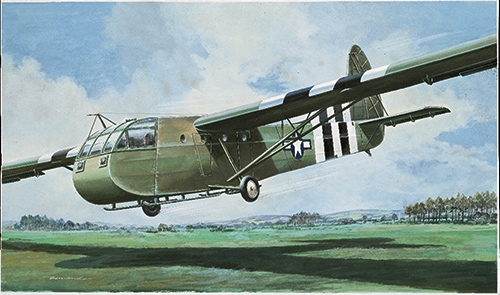