This is a Propeller hub bearing nice clean condition it is part numbered on one edge it is very solid and still retains its shiny brass colour.The bearing section has ripped of the plane during the crash it is 10 inches long it has been very nicely cleaned and is perfect to display or for any collection.The part comes from RAF Hurricane N2617 shot down on the 18th August 1940 and crashed in Dargate  shot down by German Ace G.Schopfel during the battle of Britain .A very nice engine part from battle of Britain RAF Hurricane and comes with a A5 laminated information card.

Hurricane N2617 was with 501 squadron when it was involved in combat with Messerschmitt ME109’s and shot down over Canterbury by ace Oberleutnant Schopfel of JG26 it was his 10th victory he shot down three other Hurricanes in the same combat. Donald Mckay baled out of his stricken Hurricane over Dargate which is where the plane crashed he was slightly burned. He was admitted to hospital and did not re-join 501 squadron then at Kenley until 12th September 1940.

501 Squadron re-assembled from France at Croydon on 20th June 1940 and moved to Middle Wallop on 4th July.On the 12th July McKay attacked and possibly destroyed a Ju88 bomber at night near Weymouth, on the 27th July he probably destroyed a Ju87 stuka on the 29th destroyed another Ju87 stuka and on 15th August destroyed two more Ju87 stuka’s.

This is part of the combat report taken from Gerhard Schopfel on his actions:

‘I was leading the unit because of the temporary absence of its commander, Adolf Galland. We were flying ahead of the bombers on their mission to attack RAF fighter command aerodromes. Our first contact with British fighters was near Canterbury, suddenly I noticed a staffel of Hurricanes underneath me they were using the English tactics; flying in close formation, in threes climbing in a wide spiral virtually sitting ducks. I dived in and attacked them and dispatched four of them in as many minutes’. 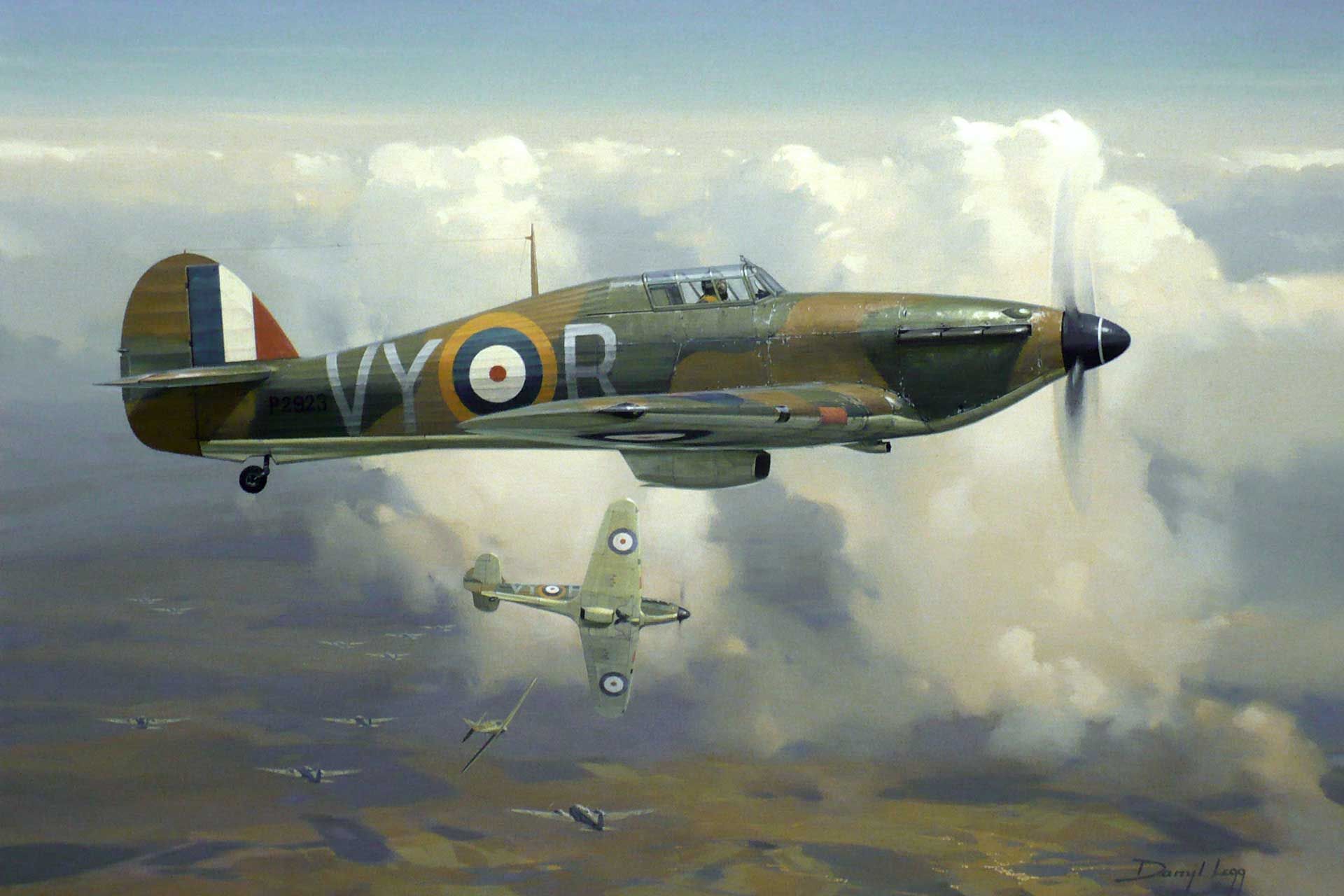