£0.00
Free Shipping!
This is a Russian KV-1 heavy Tank track link which still has a pin stuck in it both the track and the pin are complete and have been well used during the battle they are in relic but solid condition still covered in dirt and muck from being found i have left it as found in the condition it was in the scrap yard in Latvia .This link and pin are rusty but not braking up or flaky at all it would clean up nice if you wanted to as is it is perfect for display or any collection it is a very nice find and from such a famous eastern front battlefield the first time it has been out of the pocket since the war.The track link was recovered in 2018 from this scrap yard shown on last photograph on the listing in what was the Kurland Pocket the battlefield of 1944-1945 in Latvia. A lovely piece of  battlefield history from one of the most famous pockets on the Eastern Front.The track link comes with 2x A5 laminated information cards with picture of the tank and the scrap yard. 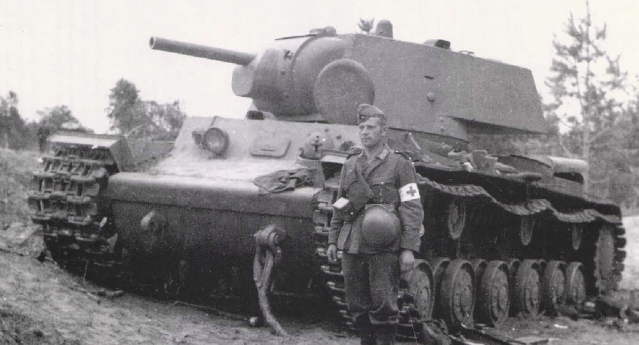