This is a Rare German Wehrmacht used bakerite cased radio which is near complete is missing its outer speaker and cover but still has its electrical wire attached. The radio which is the civilian type used for listening to normal radio stations this one would have been used by the soldiers at the front to get news from home. The radio has some damage to the outer bakerite case with the back section missing and the top broken also bottom corner and missing one knob from the front other then that complete the insides look all there hard to tell they have part numbers and maker stamps pretty clear to see it is in semi- relic condition weather it could be made to work again no idea it is perfect condition for display or any collection it is a very rare to find recovered so complete from the battlefield The radio was recovered from the Demyansk Pocket in Russia 1941-1942 battlefield on the Eastern Front. The radio comes with a A5 laminated information card. 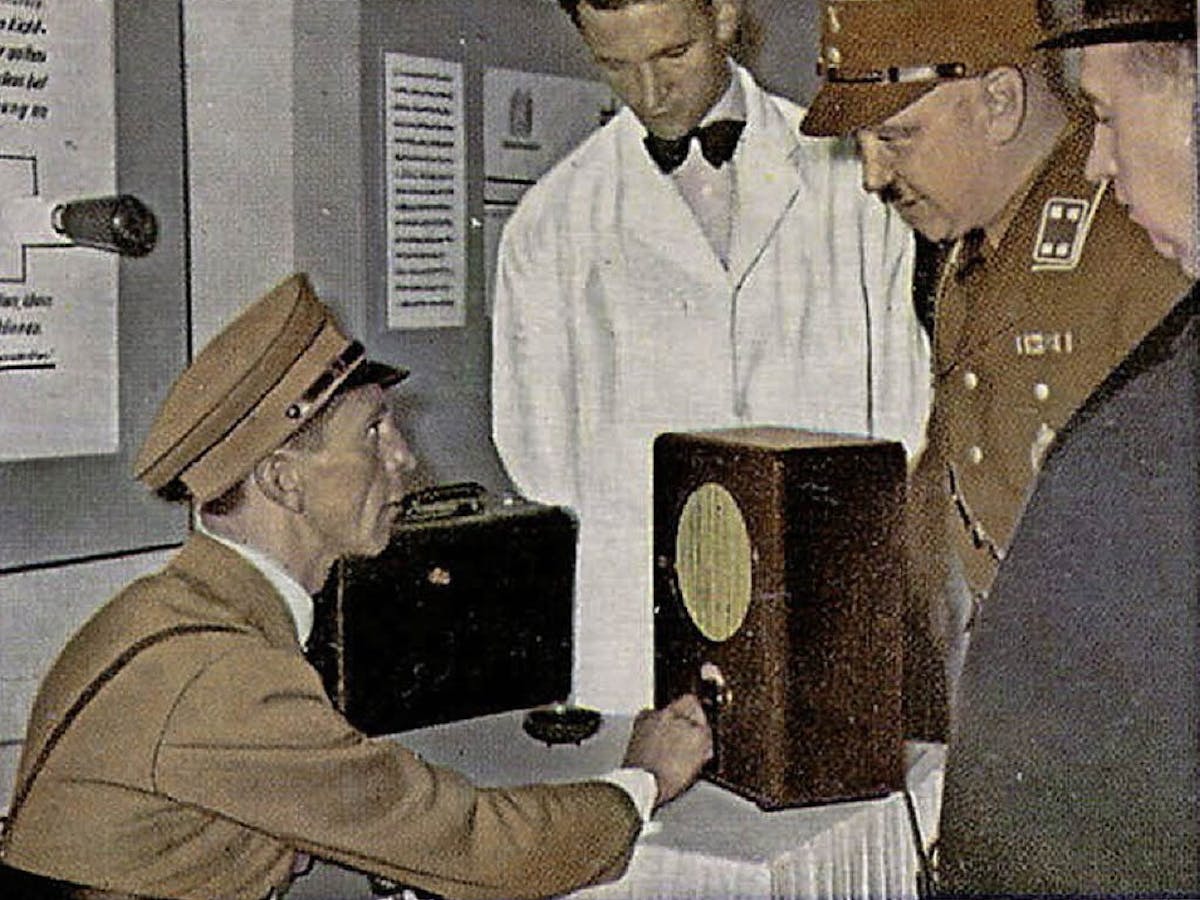