This is a German battle damaged water bottle with impact damage it has ripped and bent by the force of an explosion but the rare bit is still has remains of its cloth cover stuck to the outside. The bottle still has no original paintwork the aluminium made bottle is still very solid it is in very nice condition well cleaned and retains a lot of original colour it is perfect for display or any collection. The bottle was recovered from the area of the Schwaben Redoubt near Thiepval on the Somme battlefield of July 1916 this area saw very heavy fighting on the first of the battle on the 1st July 1916. A very nice iconic find from The famous Somme battlefield. 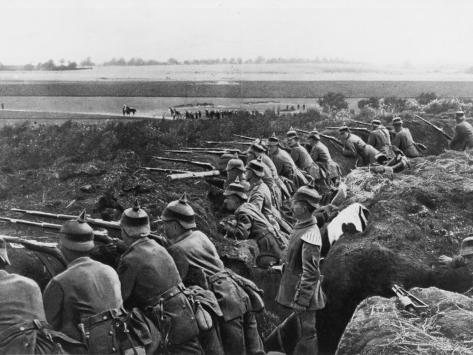