This is a very rare and very large German shell case with some small remains brass wash fired by 21cm Morser 18 field gun only 711 of these guns were ever built. The case which is complete with no rust holes it has bent around the top neck after being fired and does have some dents and pitting from being buried. The even rarer bit is it has some of its maker markings and dated 1942 on the bottom of the case not perfectly clear to see but is there. The case is in lovely condition for a steel case with a lot of brass wash left on it and has been very nicely cleaned perfect to display or any collection. The shell case was recovered from Sevastopol the battlefield of 1941-1942 in the Crimea the Germans last big victory in East. The case comes with 2xA5 laminated information cards.

In late July 1941, Hitler ordered Army Group South to seize the Crimea as part of its operations to secure the Ukraine and the Donets Basin, in order to protect the vital Romanian oil refineries at Ploesti from Soviet air attack. After weeks of heavy fighting, the Germans breached the Soviet defenses and overran most of the Crimea. By November 1941 the only remaining Soviet foothold in the area was the heavily fortified naval base at Sevastopol.
Operation Sturgeon Haul, the final assault on Sevastopol, was one of the very few joint service German operations of World War II, with two German corps and a Romanian corps supported by a huge artillery siege train on the 4th July 1942 Thirty thousand Soviets surrendered and in July itself a total of 90,000 prisoners were taken also 467 guns, 758 mortars, and 155 antitank guns captured. Two more Soviet armies were smashed and an estimated 50,000 of the enemy killed on the battlefield. Including civilians, Soviet casualties were about 250,000 for the entire siege.Despite Manstein’s efforts to spare his infantry and crush the defenders with overwhelming bombardment, official Eleventh Army losses numbered 4,337 dead, 1,591 missing, and 18,183 wounded. Actual casualties were probably much higher, up to 75,000. In addition, they had used up 46,700 tons of munitions and 20,000 tons of bombs. 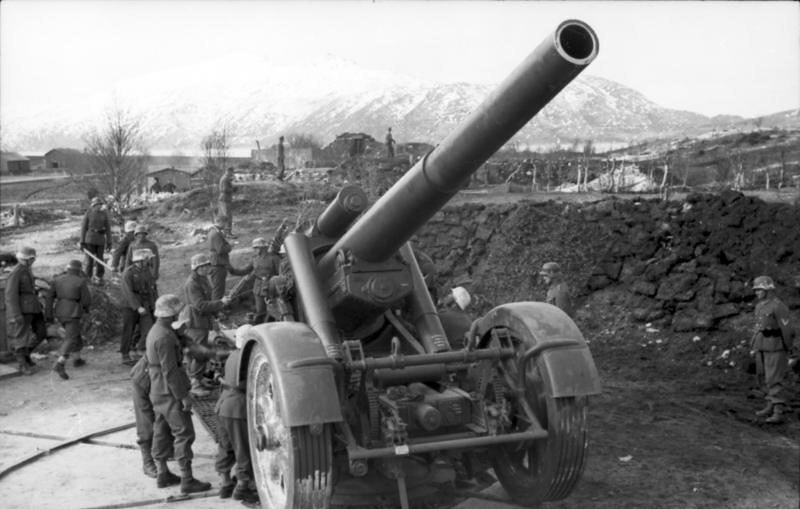