£0.00
Free Shipping!
This is a rare find from the battlefield especially in this condition a British Lewis gun magazine which is a fantastic condition relic near complete and still has some original black paintwork on it clear to see. The magazine is in semi- relic condition really more then relic it is still very solid condition does have some damage but not to much and has been very well cleaned perfect for display or a rare bit for any collection and so rare to get n this condition with some original colour. The magazine was recovered from near the village of Mametz part of the German defensive line on the Somme battlefield this area saw very heavy fighting during the battle on the 1st July 1916.The magazine comes with a A5 laminated information card. 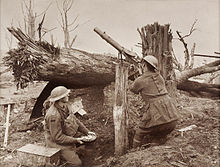