This is a unusual find from the battlefield which is a set of 3 centre fuses which is the main centre one with the smaller steel made side fuses used on German S-Mine or bouncing betty anti-personnel mine and in this condition quite rare to find complete they are empty and inert and a pretty much complete example. The main centre mine fuse which has some surface rust and retains a lot of its original colour it is maker marked and dated 1943 the 2 sides fuses are rusty but all are very solid not braking up at all they have survived very well and have been very well cleaned and are perfect for display or any collection and perfect to go back in to a mine for display. The fuses were recovered in Carzig south of the Seelow Heights the area defended by Panzer grenadier division Kurmark in April 1945 during the battle on the Heights part of the opening battle for Berlin.

The unit that was to become Panzergrenadier division Kurmark was formed on 30 January 1945 as Kampfgruppe (Brigade) Langkeit from Panzergrenadier-Ersatz-Brigade Großdeutschland ‘Gneisenau’ at Frankfurt an der Oder. With the launch of the Soviet Berlin Offensive on 16 April, Panzergrenadier division ‘Kurmark’ taken from reserve and moved into defensive positions along the high ground running through Mallnow, Carzig, Schönfließ, and Dolgelin. Mounting Soviet pressure forced the division to withdraw on 19 April, with the retreat taking place across the front. A rear guard covered the retreat from good defensive positions at Hohenjesar and Schönfließ. After retreating southwest it ended up trapped in the Halbe Pocket with the majority of the Ninth Army. What was left of the division surrendered to US forces near Jerichow on 5 May 1945. 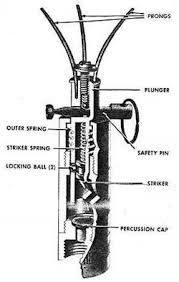