2-BZ39 ignition fuses used in German Model 39 egg grenades still with some original colours recovered from a Lake South of Berlin in the area the 9th Army fought, surrendered in April 1945 during the battle of Berlin

This is a unusual find from the battlefield 2-BZ39 ignition fuses that sat in the top of the grenades both are empty and inert one is not complete the other is complete. The grenade fuses are not rust free but they retain a lot of there original colour but still with a little bit of dirt and muck attached they are very solid not braking up at all they have survived so well as they have been in a Lake bed in the silt which has help protect them a cracking condition pair of relics that have been very well cleaned and are perfect for display or any collection. The grenade fuses were recovered from a Lake South of Berlin in the area the 9th Army fought, surrendered in April 1945 during the battle of Berlin. A very rare find from the battlefield in this condition and a lovely piece of iconic battle history from the last days of the Third Reich and the fall of Berlin. 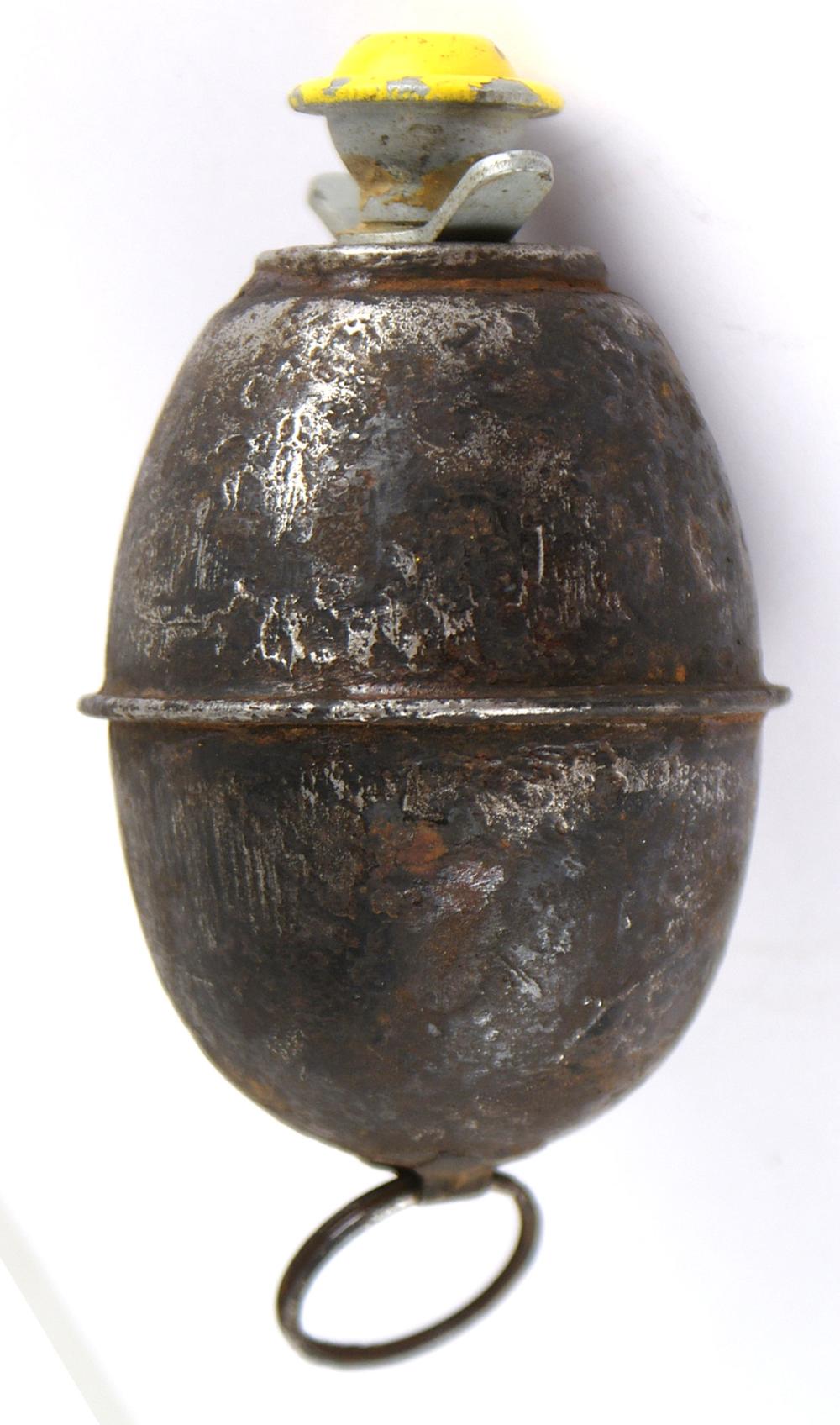 2-BZ39 ignition fuses used in German Model 39 egg grenades still with some original colours recovered from a Lake South of Berlin in the area the 9th Army fought, surrendered in April 1945 during the battle of Berlin