This is a very nice pair of cockpit parts from a battle of Britain German fighter bomber.This is a pair of cockpit gauge remains one is the face of a gauge with some of the markings clear to see it is metal made and bent by the impact of the crash and there is a cockpit gauge surround pretty much un damaged but does have some marks from the crash it is still with its original black paintwork.The parts still retain a lot of original colours they have been very well cleaned and are perfect for display or any collection and very rare to get this sort of thing from a battle of Britain German aircraft.These cockpit gauge remains come from German Messerschmitt 110 from 2/ZG26 work number 3309 shot down on the 2nd of September 1940 and crashed near the village of Birling in Kent. A very nice group of cockpit related relics from the famous battle of Britain and German Messerschmitt 110.The item comes with a A5 laminated information sheet with pictures.

The plane was on a combat mission over Kent. The aircraft crashed in to White horse Woods near to Birling in Kent. Crewmen Feldwebel Schuetz was killed and Gefreiter Steuwe bailed out and was captured wounded. The Messerschmitt 110 was shot down by Sergeant Bill Rolls of 72 Squadron flying out of RAF Biggin Hill he survived the war and won the DFC,DFM,AE he died in July 1988. 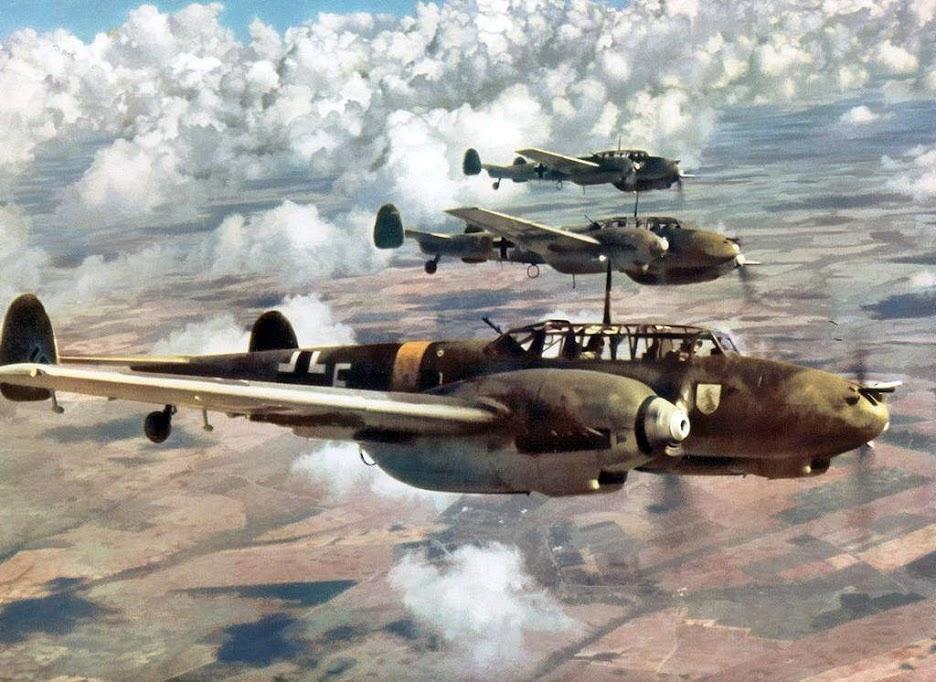 Free Shipping!
Rare late war type of track wheel from German RSO artillery tractor of the 116th Panzer Division,some original paintwork recovered from near Houffalize in the Ardennes forest from battle of the bulge winter 1944-1945
£80.00
Free Shipping!
Rare early war German soldiers double decal M35 helmet,paintwork and decal remains,named inside,battle damaged recovered from Narvik area in Norway the land battle that was fought in April-May 1940
£90.00
Free Shipping!
German soldiers grain sack with uniform remains sew on to make a blanket found in a house in the area of Priekule,Kurland pocket defended by the SS Nordland Division the battle in 1944-1945
£50.00
View All Products