This is a German soldiers Body armour complete bottom plate .The plate is in relic but solid condition it is very rusty but not crumbling or braking up the plate has been lightly cleaned since its recovery which was very recent but the plate may well clean up more with some effort it is a nice and very rare find from the battlefield.The armour plate was recovered from the area of the Schwaben Redoubt near Thiepval on the Somme battlefield of July 1916 this area saw very heavy fighting on the first of the battle on the 1st July 1916. A very nice iconic find from The famous Somme battlefield.

The Armor, capable of stopping a pistol round but only superficially helpful against rifle fire, also helped protecting against bayonet and other edged weapons thrusts. The additional weight though fatigued the wearer quickly and defeated any tactical advantage he might have wearing it. First World War period German Army body armour of this type initially issued to front line troops in 1916. The equipment weighed between 20lbs and 24lbs (9kg and 11kg), reflecting the two variant sizes produced; 500,000 sets were issued to men on the Western Front. Capable of stopping low velocity fragments and shrapnel, the Sappenpanzer (trench armour) was, due to its weight, only practical for troops on sentry duty and machine gunners operating in static positions and was designed to be used together with the armoured brow plate that hooked on to the steel helmet 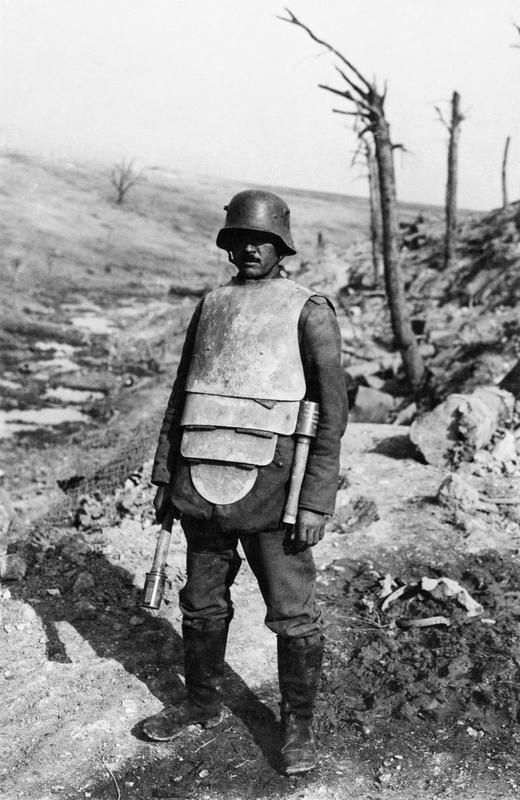