This is a very rare to find and nice condition relic Peak cap 1915 pattern transport division for Ukrainian soldier fighting with the Austro-Hungarian Army in World War 1.The cap which still retains some original colour field gray with blue piping it still has its peak nice black colour and has its badge it is in nice condition with no major damage but does have a few holes and marks also a bit of discolour and dirt also dirty on the inside from war time use its has been well used by its war time owner. The cap was recovered in the Alps mountains which is why it is in such good condition well preserved in the ice on the Italian front battlefield of 1915-1918 and comes with 2x A5 laminated information cards with photos.

The Italian front or Alpine front involved a series of battles at the border between Austria-Hungary and Italy, fought between 1915 and 1918. By October 1918, Italy finally had enough soldiers to mount an offensive. The attack targeted Vittorip Veneto, across the Piave. The Italian Army broke through a gap near Sacile and poured in reinforcements that crushed the Austro-Hungarian defensive line. On 31 October, the Italian Army launched a full scale attack and the whole front began to collapse. On 3 November, 300,000 Austro-Hungarian soldiers surrendered. 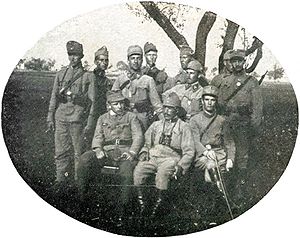