£0.00
Free Shipping!
This is a near complete very nice condition track link from German Panther tank.This link is has some battle damage it is missing one of its guide horns which has been ripped off other then that perfect it is rusty but solid condition and is a nice used link which has worn down throw use.This link also has nice maker markings on the back of it which can be seen very clear and has seen action due to the damage is a nice example of this famous link .This track was only used by the famous German Panther tank this link would have been used by a SS Division or Corps Tank which was defending Hill 112 near Caen in Normandy. The link was recovered years ago from a war salvage yard which had cleared the Hill of all the German armour destroyed on it and all the armour was SS. The link was bought by Bruce Crompton known for his very large collection of original German Tanks, vehicles and TV work on Combat dealers it came direct from his collection. A very nice and rare relic from the famous Normandy battlefield.The link comes with a A5 laminated information card.

Hill 112 was the name given to an important area of high ground near Caen in Normandy. The German army wanted to keep control of the hill because it gave them a strong advantage. On the 25th June 1944 the 5th Duke of Cornwall Light Infantry of 214th Brigade and the 4/Somerset Light infantry and supported by tanks of the 7th RTR with Churchill and Sherman Tanks finally captured the crest of the Hill. After capturing the hill, the 5th Duke of Cornwall Light Infantry were subject fierce counter-attacks by Panzergrenadiers of 21st Panzergrenadier regiment of the 9th SS Panzer Division and Tigers of the 102nd SS Heavy Tank Battalion. The British Forces were finally forced to withdraw and give up these most recent gains almost everywhere owing to strong German counterattacks It was only finally on the night of August 4th that a patrol from the 53rd Welsh Division discovered that with Caen no longer in their control, Hill 112 had lost its importance for the German defenders and they had withdrawn, allowing the 53rd Division to finally occupy the high ground without a shot being fired. 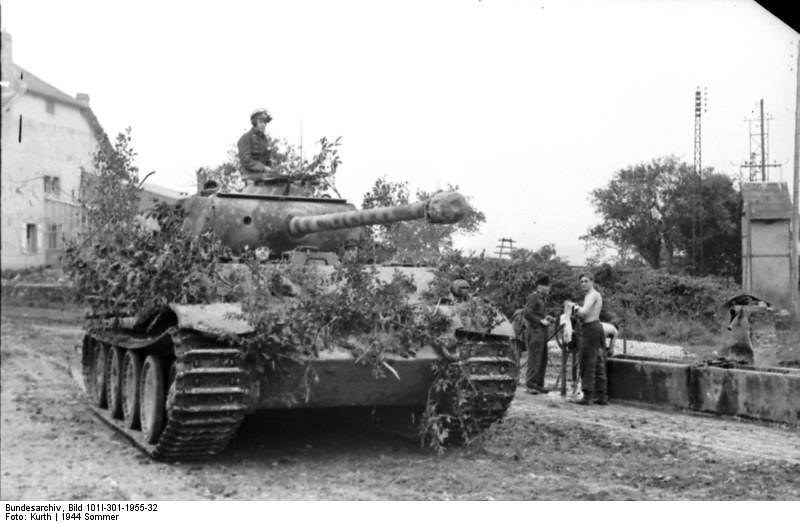