This is a rare find from the battlefield German soldiers M18 steel helmet re used by the Wehrmacht re issued late war.This helmet which is in very nice solid condition for a relic which has some clear to see original green camouflage paintwork this helmet has battle damage with 2 small impact holes on the top clear to see punched though properly shrapnel from the impact of an explosion the helmet also has a few small rust holes it is rusty but still solid not braking up or falling apart.The helmet has no leather liner but has its liner ring and chin strap holders it has been very nicely cleaned and is perfect for display or any collection and very rare to get a re issued helmet from the battlefield but an M18 even rarer.The helmet has been recovered from the woods near the Elsenborn Ridge in the Ardennes Forest from the scene of the battle of the bulge in the winter of 1944-1945 a very nice and rare relic from this famous battle and Hitler's last big offensive of the war. 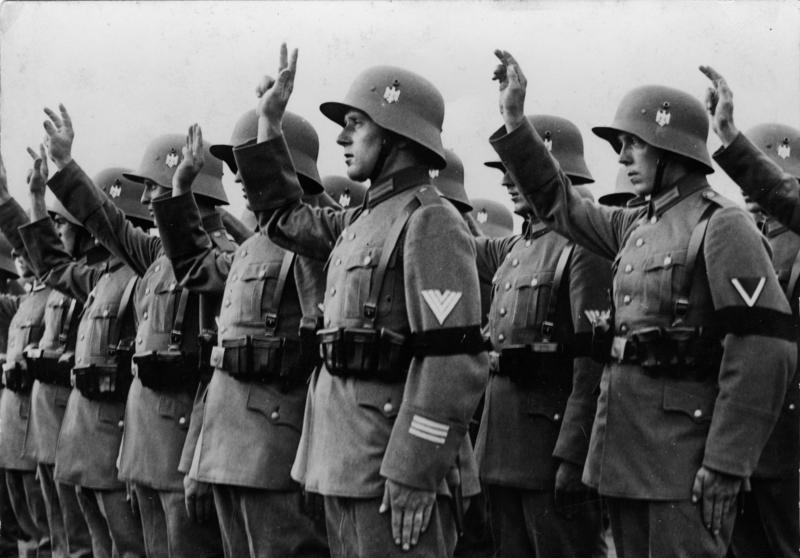