£0.00
Free Shipping!
This is a German soldiers rubber gas mask it is in relic but solid condition the rubber is not cracking or braking up at all it is missing both of its eyelets and missing all back straps but its filter connector is there still covered in original blue paintwork the mask is still covered in some small amount of dirt and muck from the recovery but has been pretty well cleaned it is a nice find from the battlefield which is in perfect condition for display or any collection it would have belonged to a soldier of the 77th Infantry Division.The mask was recovered in the Town of Mairle de Pleurtuit which they were defending as part of the defensive system for the port of Saint Malo, the battle was fought in August 1944 during the Allied advance out of Normandy.

The town was occupied by the Germans as part of fortress Saint Malo. Its strategic position on the road to Saint Malo and the presence of the airport made it an important element of the German defence in Brittany .The American 83 infantry Division attacked Saint Malo and it was the American 126th Infantry Regiment which attacked Pleurtuit its self the battle for the liberation of the town lasted a couple of days after heavy fighting. The battle for the walled city Saint Malo and the fortress positions began on August 4 1944 Allied intelligence had believed that there were 1000 German soldiers holed up in the area enclosed by the old walls and had bombed it heavily, however, when the city surrendered on August 14 only 83 German soldiers were taken prisinor. The commander of Fortress Saint-Malo, Colonel Von Aulock, surrendered all German forces in the area on August 17th, 1944. Most of the German troops in the area where the remnants of the 77th Infantry Division.The infantry division was formed on 15 January 1944 in the town of Munsingen,and formed part of the twenty-fifth wave of infantry divisions raised in Germany. The division was built up around a cadre of officers and men from the 355th and 364th Infantry Divisions, which both had been badly mauled on the Eastern Front. The division was sent to Normandy as a component of the LXXXIV Corps of the 7th Army, which was tasked with defending occupied France from an Allied invasion. Initially opposing the U.S. 4th Infantry Division as it moved inland from Utah beach, it was one of four divisions which were committed to the defence of Cotentin Peninsula to deny the Allies of the port at Cherbourg. By the June 17 the veteran U.S. 9th Infantry Division took over the responsibility of the assault. By the 18th it was clear that any units caught north of the allied advance would be lost. General Rommel attempted to get the 77th out of the closing noose but command issues were so layered and confused that the division could not get moving south until the allied line extended across the width and was solidifying. On June 19 the 77th became entrapped and was largely annihilated, with only two battalions escaping south. The remnant was involved in heavy fighting around the Saint Malo area and was so further decimated that on August 15 the division ceased to exist.

THIS ITEM IS FREE UK SHIPPING. FOR INTERNATIONAL BUYERS IT IS A REDUCED RATE PLEASE ASK BEFORE PURCHASE.X 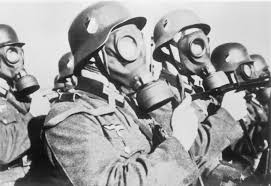