This is a Russian IS-2 Josef Stalin tank track link,nicely cleaned after recovery.The link is in relic but solid condition does have some dirt and muck attached but not much at all it is rusty but solid and has been well used with some battle damage to one edge of a pin hole a chunk has been ripped out properly by the force of an explosion.This is a very nice example of one of these famous tracks battlefield recovered which is perfect for display or any collection.The track link was recovered from The seelow Heights near Berlin in Germany the 1945 battlefield the opening battle to take the City.This link comes with a laminated A5 information sheet.A very nice relic from one of the very last battles on the Eastern Front. 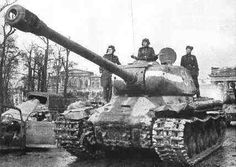