This is a Russian mosin nagant rifle remains still with its bayonet attached which is pretty much complete and has a lot of its metal work still there but damaged in places and missing all of its wood. The rifle is completely rusted solid and is de activated by condition with no moving parts but does have its bolt in place drawn back and its trigger and magazine still in place it does have some damage from rust as well but not to bad .The gun is in relic but solid condition it has been very well cleaned the metal is pitted and rusty but overall nice condition relic it is perfect for display or any collection and a very nice condition and very rare find from the battlefield especially with bayonet attached. The rifle was used by soldiers of the 5th Guards Army recovered from old machine gun pit in the area of the Psel River, south of Kursk on the Voronezh front. This area was defended by them against the German 2nd SS Panzer corps during the battle part of Operation Citadel the German Kursk offensive in July-August 1943 in Russia. The gun comes with 2 X A5 laminated information card with pictures.

For Operation Citadel the Germans used four armies along with a large portion of their total tank strength on the Eastern Front. On 1 July, the 9th Army of Army Group Centre based in the northern side of the salient contained 335,000 men (223,000 combat soldiers); in the south, the 4th Panzer Army and Army Detachment "Kempf", of Army Group South, had 223,907 men (149,271 combat soldiers) and 100,000–108,000 men (66,000 combat soldiers) respectively. The 2nd Army, that held the western side of the salient contained an estimated 110,000. In total, the German forces had a total strength of 777,000–779,000 men, and the three attacking armies contained 438,271 combat soldiers Army Group South was equipped with more armoured vehicles, infantry and artillery than the 9th Army of Army Group Centre. The 4th Panzer Army and Army Detachment "Kempf" had 1,377 tanks and assault guns, while the 9th Army possessed 988 tanks and assault guns. German industry produced 2,816 tanks and self-propelled guns between April and June, of which 156 were Tigers and 484 Panthers. At Kursk, a total of 259 Panthers, about 211 Tigers, and 90 Ferdinands were used. Photo below Tiger I heavy tanks of the German 2nd SS Panzer Division 'Das Reich', Kursk, Russia, June 1943. 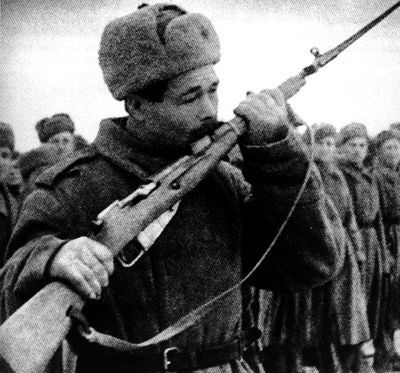