This is dial face of the aircraft's speed gauge it still has its original black colour paintwork finish.The dial still has some its markings and numbers readable most are pretty clear to see it has slightly bent by the impact of the crash but is a rare cockpit relic it has been very well cleaned it is perfect for display or any collection the dial is 2 half inches wide.This very rare to find cockpit dial face was recovered from German Heinkel 111 bomber of 4/KG55  was shot down on the 16th August 1940 and crashed at Northchapel .A very nice part from the famous battle of Britain and German Heinkel 111 bomber and comes with a A5 laminated information sheet with recovery photos of the plane.

The plane was shot down by Pilot Officer A.V Clowes and Pilot officer G.E Goodman of Number 1 Hurricane Squadron during a mission to bomb Heathrow airfield also attacked by RAF spitfires of number 602 Squadron. The plane crashed with a full bomb load and with a tremendous explosion blasted a large crater in to the field at Upper Frithfold Farm in Northchapel near Petworth.None of the crew were able to escape the doomed bomber the crew were Hauptmann W.Sabler,Feldwebel E.Muller,Feldwebel W.Magerhans,Gefreiter A.Szymanowski and Unteroffizier E.Schmidtke were all killed only one of the crew could be identified Feldwebel E.Muller. The plane was excavated in 1973 by Tangmere Military Aviation Museum Group. The photo below is of the crash site taken that day. 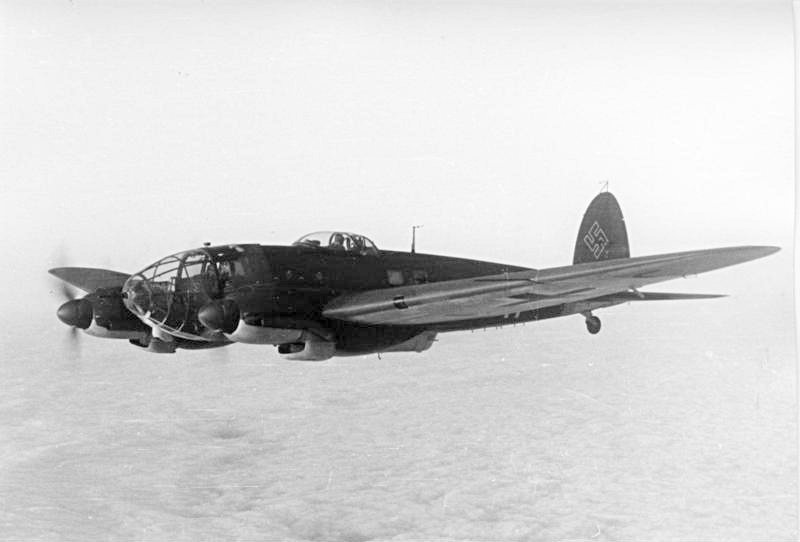