This is a rare find from the battlefield a German MG34 machine gun top cover this is top plate on top of the ammunition belt feeder .The cover which is in relic condition it is rusty but not to bad it has pitted more deeply in some places still with some dirt and muck attached but is overall nice solid relic it has been very well cleaned and is perfect for display or any collection. The top cover was recovered from Sevastopol the battlefield of 1941-1943 in the Crimea the Germans last big victory in East. 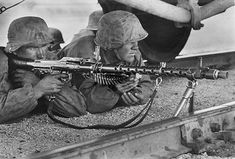