This is a German 88mm steel shell case used by Flak  36/37/41 anti aircraft and anti tank gun in very nice relic condition which has some remains of original colour with brass wash remains. This is a getting a hard to find item now from the battlefield a German steel made shell case for the flak 36/37/41 the famous 8.8cm anti aircraft and anti tank gun used on all fronts by the German army. The case is steel made it is in relic condition but complete no chunks missing it has non of its maker markings that can be seen but it has no rust holes with no major or rust damage it is rusty from being buried but is still very solid the case has been very well cleaned it is perfect to display or any collection. The shell case was fired by the 1st Panzer Army recovered from the mouth of the River Don area outside the City of Rostov on Don attacked by them in November- December 1941 South of Stalingrad. The case comes with a A5 laminated information sheet with pictures.

The 1st Panzer Army was a German tank army that was a large, armoured formation of the Wehrmacht during World War II. When originally formed on 1 March 1940, the predecessor of the 1st Panzer Army was named Panzer Group Kleist (Panzergruppe Kleist) with Colonel General Ewald von Kleist in command.

The German 1st Panzer Army advanced from Kiev, and encircled Soviet troops at Melitopol in October, then attacked east along the shore of the Sea of Azov toward Rostov at the mouth of the Don River, known as the gateway to the Caucasus. The assault of Rostov its self-began on 17 November, and on 21 November the Germans took the city. However, the German lines were over-extended, and Kleist's warnings that his left flank was vulnerable and that his tanks were ineffective in the freezing weather were ignored. On the 27th November the Russians launched a counter attack against the 1st Panzer Army's spearhead from the north, forcing them to pull out of the city. Adolf Hitler countermanded the retreat. When Rundstedt refused to obey, Hitler sacked him, and replaced him with Reichenau.  However, Reichenau saw at once that Rundstedt was right and succeeded in persuading Hitler to withdrawal, and the 1st Panzer Army was forced back to the Mius river at Taganrog. It was the first significant German withdrawal of the war. 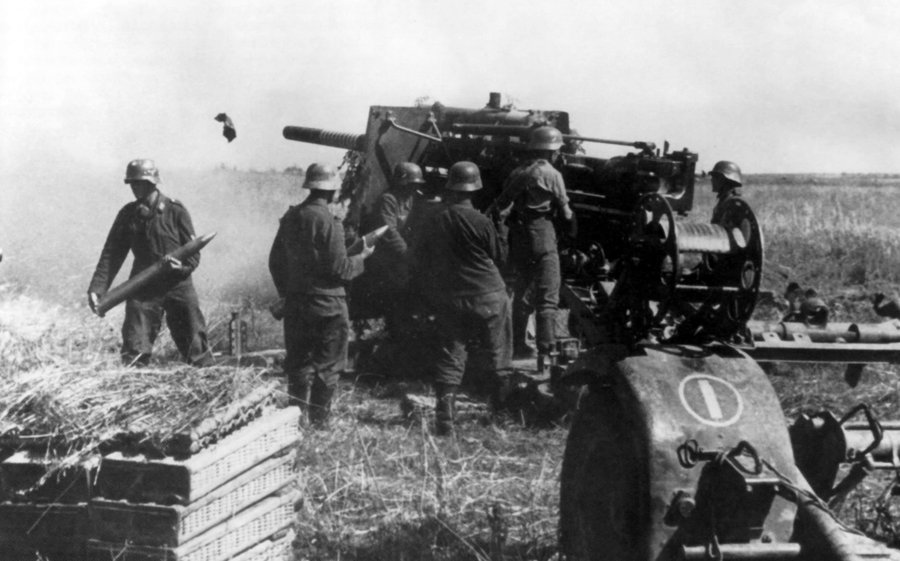