This is a British soldiers Mark 3 which is the 1944 pattern,turtle Helmet which is in relic condition it is rusty but solid still with some small amount of original green paintwork and retains some of its original colour it is missing its leather liner.The helmet still has one of its chinstrap holders in place and it has a good few rust holes it is in relic but very solid condition even with the rust and a very nice example and very rare to find this helmet from the battlefield any ware but from this famous battle very late in the war even rarer.The helmet was recovered from the Reichswald Forest part of the Siegfried Line the battle fought between 8th February to 11th March 1945 in Germany.The case comes with a A5 laminated information sheet.

The Reichswald was the five-mile gap between the Maas and Rhine Rivers and the natural advance route from the German-Dutch border to the Ruhr. Since the British had closed on this sector in October 1944. This valley of geometrically planted forests, towns, and small cities as the site for his next attack. It lay at the absolute right flank of the German West Wall defences at the centre of it was the sinister Reichswald Forest which was heavily fortified. To support the offensive by the 21st Army group under the command of Field Marshal Montgomery , the British and Canadians brought up their biggest artillery support of the war. Some 1,050 guns were to be used, including 576 field guns, 280 medium, 122 heavy and super-heavy, and 72 heavy antiaircraft guns with 200,000 British and Canadian troops, backed by 500 tanks and the 500 specialized vehicles of the 79th Armoured Division. The German Reichswald defences were thin, consisting of the 84th Infantry Division and its two regiments and the 2nd Parachute Regiment, about 11,000 men. One of the defending battalions was a “stomach” outfit, made up of men with various stomach ailments, and another was made up of deaf men. The latter was held in reserve, as the Germans feared they might not hear British shelling and react accordingly. At 5 am on February 8, 1945, both sides’ troops were awakened from their dugouts and trenches by the heaviest barrage employed by the British during World War II. the Reichswald battle ended two weeks after it had started. The British had finally reached the lines they expected to take in three to four days, at a cost of 6,000 casualties, and the Germans still maintained a coherent front. The next stage of the attack would be the drive from the Reichswald to the Rhine. 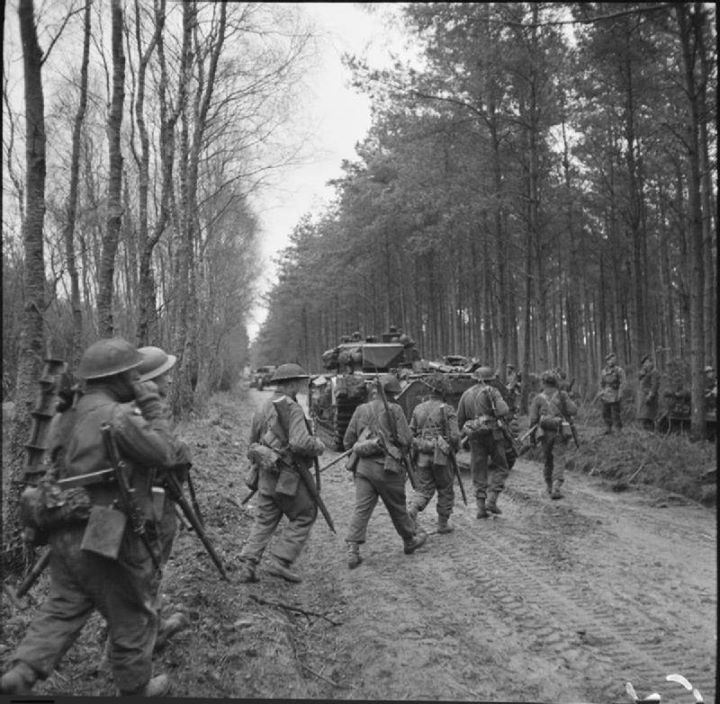 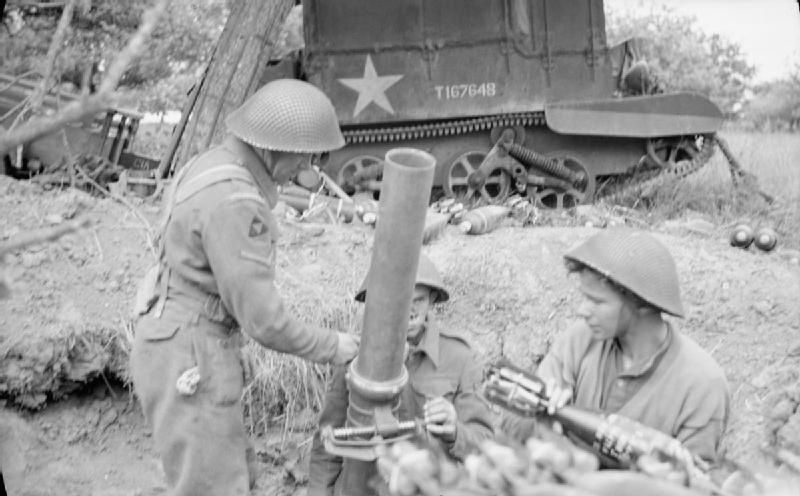 British soldiers in the Reichsweld Forest in 1945