This is a German steel shell case for 15cm SFH 18 field howitzer which has non of its maker markings or numbers on the bottom. The case is in lovely condition for a steel case with some small rust holes and does have a bit of damage round the neck and still with some small remains of its brass wash but has been very nicely cleaned still very solid perfect to display or any collection. The shell was recovered from the Sevastopol battlefield of 1941-1942 in the Crimea the Germans last big victory in the East. The item comes with a A5 laminated information card with picture. 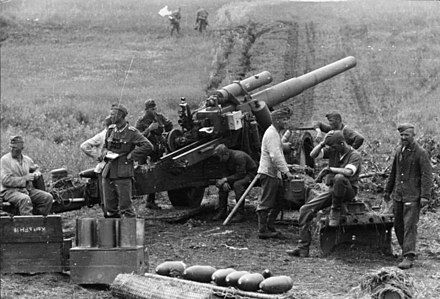