This is a Romanian soldiers shovel head used by a soldier in the Romanian 3rd or 4th Army rare to find as not as numerous as the German ones .The head which is missing its wooden handle is in very nice solid condition it has cleaned up well it is a bit pitted and rusty from being buried but is a nice example and is perfect for display or any collection. The shovel head was recovered from the Sevastopol battlefield of 1941-1942 in the Crimea the Germans last big victory in the East.

THIS ITEM IS FREE UK SHIPPING. FOR INTERNATIONAL BUYERS, IT IS AT A REDUCED RATE PLEASE ASK BEFORE PURCHASE.US REGULATIONS CURRENTLY PROHIBIT THE PURCHASE OR SALE OF VARIOUS GOODS AND SERVICES ORIGINATING FROM OR BEING SHIPPING TO CRIMEA. 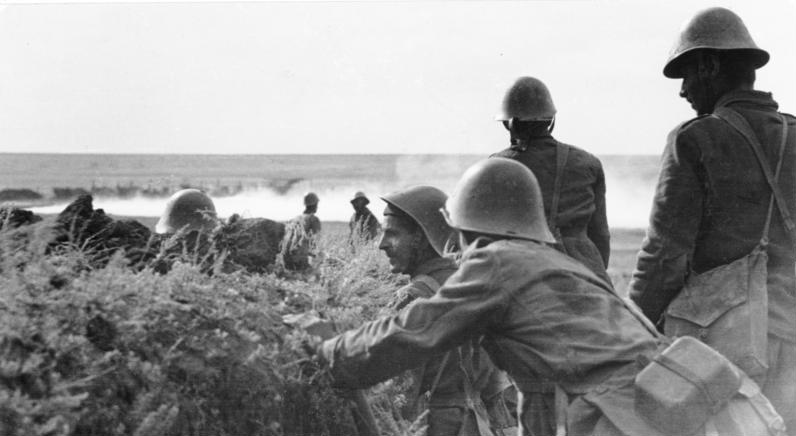