This is a US M1903 pattern Bayonet used by American soldiers in the battle.This bayonet is missing its wooden grips on the handle it has been well cleaned is in relic but solid condition it is rusty but not crumbling or braking up the blade is very nice but is pitted from being buried and is a nice and rare find from the battlefield as these bayonets were not issued in that large a number.The bayonet was recovered from the Meuse Argonne Forest the 1918 battlefield ware the Americans suffered very heavy losses pushing back the Germans in well fortified positions a very iconic relic from this very famous American battle.

THIS ITEM IS FREE UK SHIPPING FOR INTERNATIONAL BUYERS IT IS A REDUCED RATE PLEASE ASK BEFORE PURCHASE.

The Meuse-Argonne Offensive, also known as the Maas-Argonne Offensive and the Battle of the Argonne Forest, was a major part of the final Allied offensive of World War I that stretched along the entire Western Front. It was fought from 26 September 1918, until the Armistice of 11 November 1918, a total of 47 days. The Meuse-Argonne Offensive was the largest in United States military history, involving 1.2 million American soldiers, and was one of a series of Allied attacks known as the Hundred Days Offensive, which brought the war to an end. The battle cost 28,000 German lives and 26,277 American lives, making it the largest and bloodiest operation of World War I for the American Expeditionary Force (AEF), which was commanded by General John J. Pershing, and one of the deadliest battles in American history. American losses were exacerbated by the inexperience of many of the troops and tactics used during the early phases of the operation.

The Meuse-Argonne was the principal engagement of the AEF during World War I. 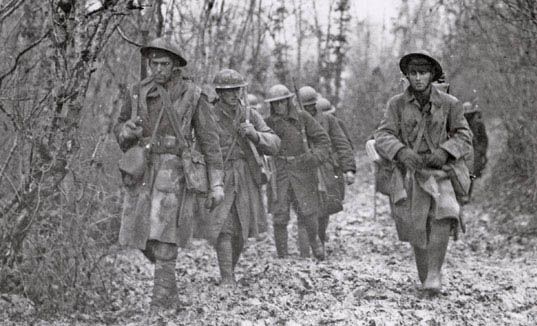