This is a Imperial Russian M14 shovel head used in world war 2 which is missing its wooden handle. The shovel is in relic but solid condition it has been very well cleaned the metal is pitted and rusty but overall a very nice condition relic it is perfect for display or any collection and a very nice condition find from the battlefield. The shovel was recovered from the Sevastopol battlefield of 1941-1942 in the Crimea the Germans last big victory in the East.

THIS ITEM IS FREE UK SHIPPING. FOR INTERNATIONAL BUYERS, IT IS AT A REDUCED RATE PLEASE ASK BEFORE PURCHASE. US REGULATIONS CURRENTLY PROHIBIT THE PURCHASE OR SALE OF VARIOUS GOODS AND SERVICES ORIGINATING FROM OR BEING SHIPPING TO CRIMEA. 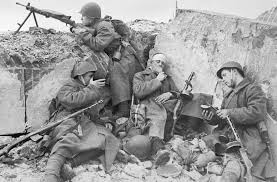