This is a Very rare find from the battlefield a Russian soldiers body armour near complete set it is only missing the second plate down.The plates are connected by modern wire there is no major rust damage or holes and still has some remains in places of its original green paintwork and is in very nice and solid condition it has been nicely cleaned and is perfect for display or any collection and is a nice example of this Russian Army issue armour and so rare to find from the battlefield in this nice condition.The body armour was recovered from Lutsk in the Ukraine from the Russian Brusilov offensive of summer 1916.A very nice relic from this famous Eastern front battlefield. 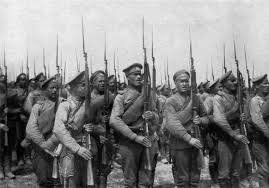