This is a nice find a German Fallschirmjager soldiers aluminium belt buckle which we know is Fallschirmjager as they were the only Luftwaffe troops on hill 192.The buckle is in relic but nice solid condition the eagle and swastika can be seen but the swastika has either been damaged or de nazified on the front on the back perfect the buckle still retains its original colour but does have some pitting and damage from being buried but is pretty much all there and the rare bit still has section of brown leather belt attached the leather is very solid not braking up the buckle has been very well cleaned and is perfect for display or any collection.The buckle was recovered from a pit of Fallschirmjager and German Panzer Lehr Division equipment buried on Hill 192 part of the battle of St Lo on the Normandy battlefield of July 1944. A very nice relic from the famous battlefield and a hard fought battle not that well known today but a fierce battle with the Fallschirmjager that the Americans won. 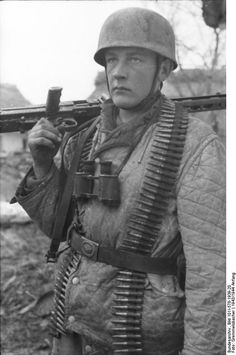