This is a very rare find from the battlefield a German wound badge in Gold still in its issue box.The medal has lost a lot of its colour but does still have some remains of gold down one edge its still has its swastika clear to see and its gold back pin still attached the medal is in relic but solid condition.The black cardboard issue box which retains its shape also the inside holder for the medal the cardboard is dry and very solid not braking up at all unbelievable rare to find battlefield recovered. The box and medal were found in an old German dugout that is how come they have survived so well they were recovered from the Demyansk Pocket in Russia 1941-1942 battlefield the battle was from 8 February to 21 April 1942. A lovely piece of very rare history from the this famous battle on the Eastern Front in the Russian motherland.This item comes with a A5 laminated information sheet with photo. 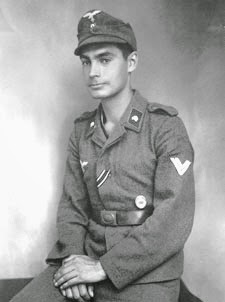