This is a Russian 107mm brass shell case for the M A10/30 field gun the case has no maker markings on the bottom that can be seen and is empty and inert. The case is complete with no major damage other then from round the neck after it was fired but does not retain its shiny original brass colour it has discoloured from being buried also with a few small dents it has been very well cleaned on the bottom with some brass colour left it is in very nice condition for a battlefield recovered case .The case was recovered from the Sevastopol battlefield of 1941-1942 in the Crimea the Germans last big victory in the East. 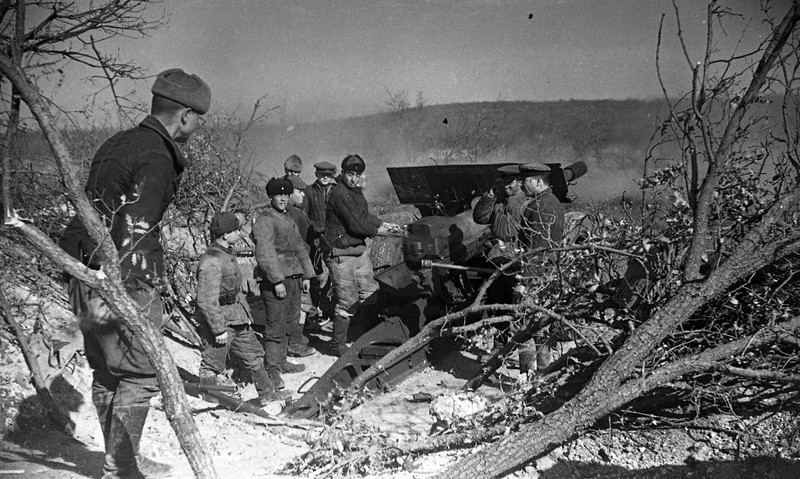