Blown part and ripped Russian 76.2mm ZIS 3 anti-tank gun brass shell case base with all maker markings and dated 1940 recovered on the Sevastopol battlefield in the Crimea 1941- 1942

This is a Russian 76.2mm brass shell case blown apart base section fired by Zis 3 ant-tank gun. The case base does not retain there shiny original brass colour it has discoloured and is a bit rusty from being buried with clear jagged edges where the case has blown apart there is still has all of its stamps and maker markings with the date 1940 on the bottom all very clear to see it is in nice condition for battlefield recovered fired case it has been very well cleaned and is perfect for display or any collections. The case was recovered from Sevastopol the battlefield in the Crimea 1941- 1942 the Germans last big victory in the East  . 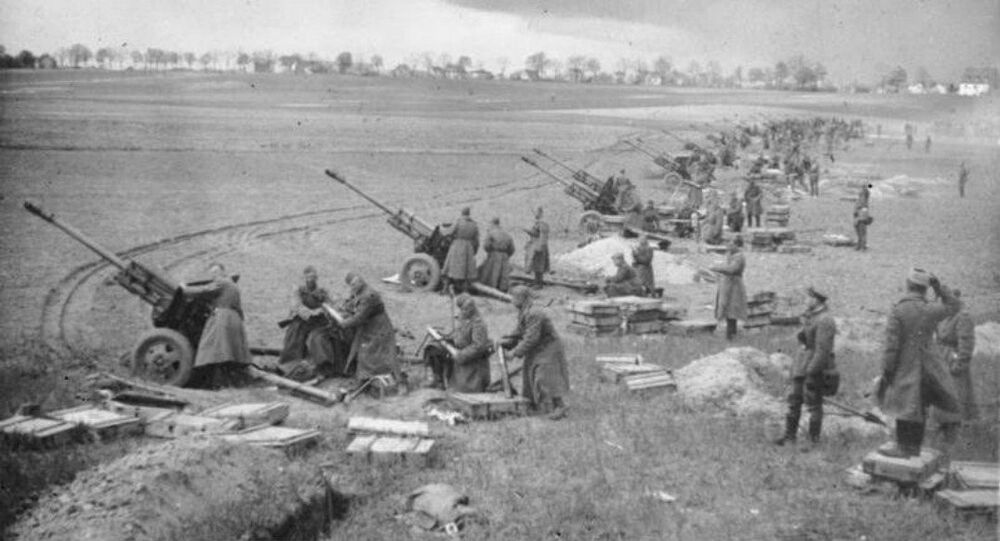 Blown part and ripped Russian 76.2mm ZIS 3 anti-tank gun brass shell case base with all maker markings and dated 1940 recovered on the Sevastopol battlefield in the Crimea 1941- 1942